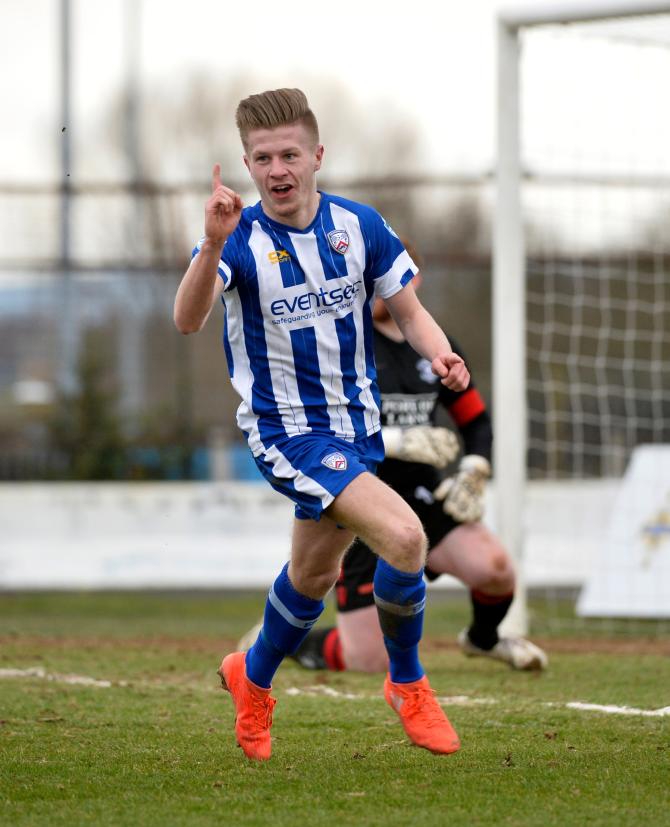 Coleraine manager Rodney McAree has described the return of defender Lyndon Kane as a "massive boost" to his squad.

The young full back has been out of action for seven and-a-half months after suffering a broken metatarsal during a clash with Linfield at Windsor Park just two weeks before the Bannsiders memorable Irish Cup win. The injury was almost identical to that which had sidelined the talented defender for the start of the 2017/18 campaign.

Back on the fitness trail, the 21 year-old marked his return for Coleraine on Tuesday night, in a 3-1 victory over neighbours Portstewart. The local lad played 60 minutes in the friendly win and it is hoped that Kane will be in and around the match day squad in the coming weeks.

Speaking to Chronicle Sport, Coleraine manager Rodney McAree said: "It is massive for us to have Lyndon back after a lengthy injury lay off.

"I think I speak for everyone in the sense that we all are glad to see him back. It gives us a massive boost which will give us further options in terms of the squad," he added.

"We have given the injury an extra six weeks to heal so he has had a free run to try and give himself the best possible chance in his rehabilitation.

"It has been a frustrating time for Lyndon as we know he is full of energy and wants to be out playing all the time.

"He is a player who always catches the eye and is excellent going forward and Lyndon always has that competitive manner about him and that is what I like to see in a player," said McAree.

The Coleraine manager is hopeful that both James McLaughlin and Ian Parkhill will make a comeback from injury in the coming weeks.

"Hopefully we will get James McLaughlin and Ian Parkhill back soon," McAree said.

"James is maybe only about one week away so we will have to assess his progress but he has been working hard to get back.

"Ian Parkhill's arm injury is a little more complicated - he has the plaster off but there are still bits of wire which have to come out but we hope that he will be back sooner rather than later," he added.

Since taking over at the Showgrounds, McAree has been left frustrated with a lack of strength in depth but insists that he hopes that his side can turn a corner with the busy Christmas period looming.

"We are focused on getting back to a level where I feel we should be and by hook or by crook we must pick up 3 points at home to Ards this Saturday," said the Coleraine boss.

"Our supporters have been fantastic since I joined the club and I know that as a group we know what they want to see on the pitch and I am confident that we can put things right," concluded McAree.