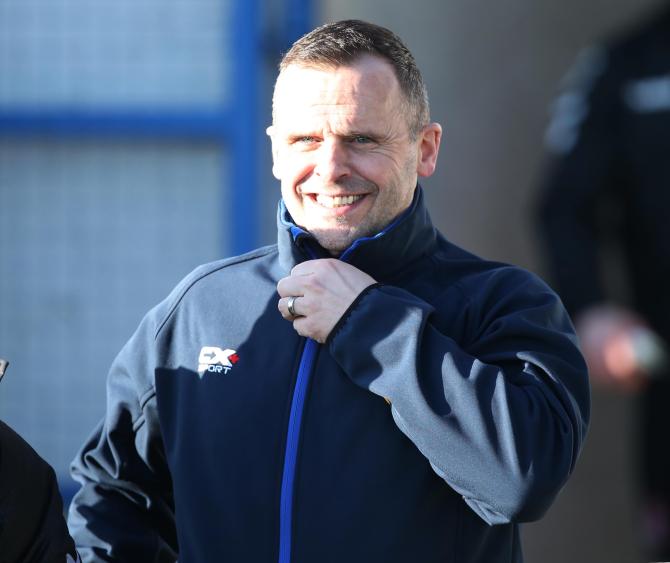 Coleraine manager Rodney McAree returns to former club Dungannon Swifts for the first time since leaving the club earlier in the season.

COLERAINE manager Rodney McAree makes an emotional return to former club Dungannon Swifts on Tuesday evening, looking for a better result than when the sides met at the end of January.

McAree spent many years at the Tyrone club both as a player and a manager before succeeding Oran Kearney in the Showgrounds' hot-seat at the start of the season.

The rearranged Danske Bank Premiership game is the first time McAree has managed a side at his former club but he knows not to expect any favours from his former friends.

"We absolutely have a score to settle," admitted McAree, when asked about the most recent meeting of the two clubs, a 2-1 win for Kris Lindsay's side at the Showgrounds.

"We owe them one from the last time and I'll be looking for a much improved performance from my players," he added.

The Bannsiders go into the game in positive mood, having qualified for the quarter-finals of the Tennent's Irish Cup with victory over Dergview last weekend.

For a full preview and a report and all the reaction from the cup success, see The Chronicle.