Burns back in squad for trip to Seaview 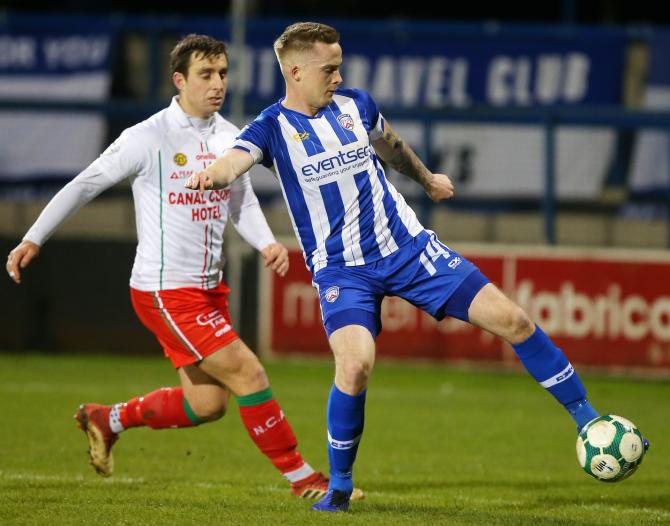 Aaron Burns is expected to be included in the Coleraine squad for Friday's league clash at Crusaders.

Midfielder Aaron Burns is expected to make his long-awaited comeback from injury when he is named in the Coleraine squad for Friday evening's Danske Bank Premiership clash at Seaview.

Burns has missed a number of games with an achilles injury but manager Rodney McAree believes the former Linfield man is poised to return at a crucial part of the season.

"Aaron is a big player for us and he's done very well since I've been here," said Rodney.

"He played about three or four games with a sore achilles at a time when we were light on players which probably didn't help.

"But he has worked hard on his recovery and getting a player like Aaron Burns back at this stage of the season is a massive boost for everyone at the club," he added.

Coleraine and Crusaders have met twice already in the league this season, with the Bannsiders winning on both occasions, but the Bannsiders' boss believes those games will have little bearing on tonight's event in Belfast.

"It'll be another tough game but one we're looking forward to," he said.

"Of course we take confidence from the two previous meetings but there have been a lot of changes in personnel on both sides since then.

"The boys were excellent for 55 minutes against Linfield but not so good for the last half hour and we've got to make sure we cut out any mistakes.

"It's a new group of players and we're learning as a group but we all want to win things."

In addition to Aaron Burns, club captain Stephen O'Donnell is also fit to resume playing after a lengthy injury and will come into contention this evening.

"If players do the business it's difficult for me to make changes but it's about the collective and not the individual so there will maybe be changes from time to time."

A win for the visitors this evening would see them close the gap on Stephen Baxter's men to five points.