Search is on for new manager 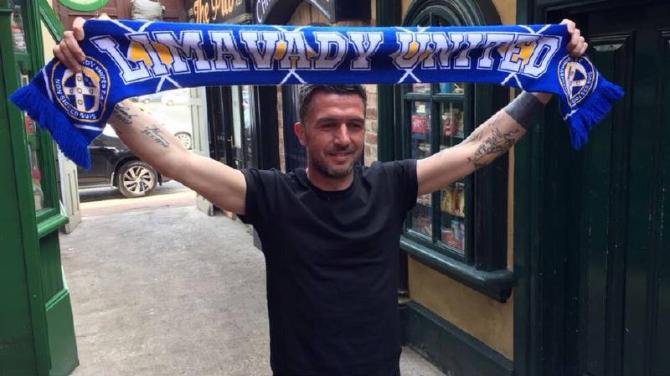 LIMAVADY United are on the hunt for a new manager as the club accepted the resignation of Sean Friars last week, after finishing the season bottom of the Bluefin Sport Championship.

The Roesiders announced on Friday May 3, on social media, that Friars had left the club with immediate effect – wishing Sean all the best in the future and thanking him for his work with the club.

Following his resignation, it was confirmed that Friars would take up the assistant managers job at Danske Bank Premiership club Institute.

“I would like to thank everyone at the football club for the support we got last year, it was a really difficult decision to leave but had to be made quickly to give the club time to get the next manager in and keep as many players as possible.

“I just felt it was an opportunity that I could not turn down for football reasons.

“Rossa, Bernie, Julie and all the girls who looked after us on match days thank you so much for everything you all do it does not go unnoticed, the groundsman for having our pitch as good as any in the league and the board for giving me an opportunity.

“The players gave us everything and I'm so proud of them ,this group has so much potential and for such a young and inexperienced team the only way is forward.

“I'd like to say a special thank you to Davy Young the chairman, who does every job going and was there every step of the way, it was a pleasure getting to know you and thanks for everything.

“Whoever comes in next is going to a great club with great people and I wish them and the club every success in the future.”

Limavady United are seeking applications for the role of first team manager for the 2019/2020 season.

The club are requesting applicants who possess a Minimum B License, preferably applicants will have a good knowledge and experience of Irish League, Championship or Intermediate football but not essential.