Coleraine out of European running 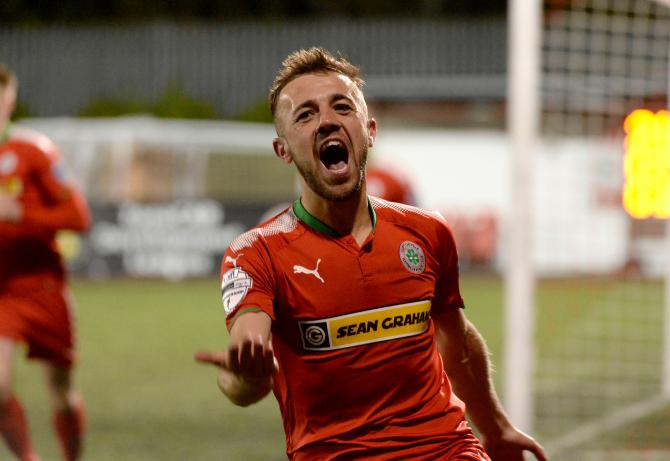 COLERAINE achieved last night what Prime Minister Theresa May and her cabinet have been trying to unsuccessfully for years, by crashing out of Europe at the first attempt.

The Bannsiders looked well-placed to get past rivals Cliftonville in their Europa League play-off at Solitude, twice leading by a two goal margin, but a controversial equaliser in the 96th minute from Ryan Curran threw the Reds a lifeline.

The equaliser, with virtually the last kick of the game, made it 3-3 at the end of normal time and with the momentum firmly with them there was no surprise that they went on to win 5-3.

It was a tough defeat to take for the visitors who had started the game in confident fashion, James Mclaughlin heading them into the lead early in proceedings.

The big striker added a second soon after but, as has so often been the case this season, slack defending allowed Cliftonville to pull a goal back through Joe Gormley before the break.

Buoyed by the goal, Paddy McLaughlin's men tore into their opponents at the start of the second half, dominating possession and creating a number of half chances.

But it was the away side who scored next and what a goal it was: a cross into the box was headed up into the air by McLaughlin who promptly found the far corner with an expertly executed overhead kick.

It was a goal fitting to win any game but not on this occasion as the Reds progressed to a meeting with Glentoran this Saturday.

For Coleraine it's a case of what might have been.