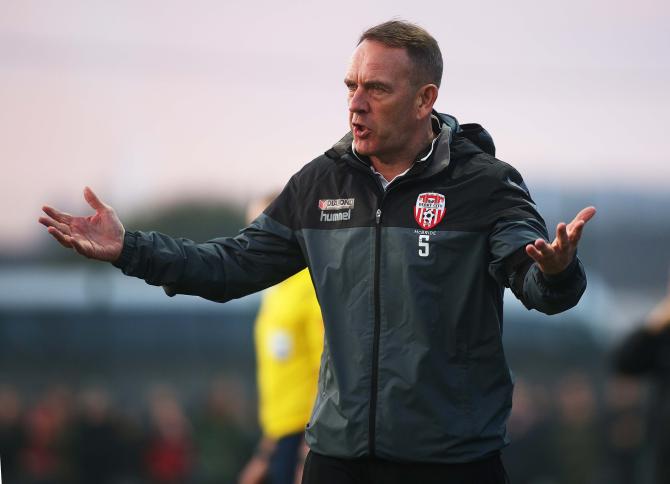 The Irish FA has announced that former Kilmarnock, Derry City and Greenock Morton manager Kenny Shiels has been appointed as the new manager of the Northern Ireland senior women’s international team.

He replaces Alfie Wylie who moved to a new position as Head of Women’s Elite Performance earlier this year.

Shiels has huge experience as both a player and as a coach. He represented clubs such as Coleraine, Distillery and Ballymena United in the Irish league before turning his hand to management. His coaching career has taken him to clubs as diverse as Carrick Rangers, Moyola Park and BEC Tero Sasana in Thailand.

He spent eight successful years in charge of the Northern Ireland U17 men’s team, qualifying for the elite stages of European competition in each of his last six campaigns. He also made history in 2004 when he led Northern Ireland to the European Championship finals in France.

In 2012 he won the League Cup in Scotland with Kilmarnock and last year led Derry City to the EA Sports Cup.

Kenny Shiels said: “I am extremely proud to have been appointed to this role and I am delighted to be manager of my country’s senior women’s international team. Women’s football is the fastest growing area of the game and it is hugely exciting to be taking up this role at this time.

“I want to do everything that I can to bring success to Northern Ireland. There is a lot of work to do but I am convinced that I can help this group of players compete and push for qualification for major tournaments.”

Irish FA Chief Executive Patrick Nelson said: “With the launch of our new women’s and girls’ strategy, the appointment of a new head of elite performance for women’s football and now a top-class women’s international team manager in place, I believe that the foundations are now in place to enable women’s football in Northern Ireland to move to the next level.

“Kenny Shiels is a fantastic coach with vast experience in the game. He has the necessary skill-set and knowledge to make a positive difference to our international side. I am excited about watching how he will develop our team and am confident he will help Northern Ireland be successful in the months and years to come.”

Northern Ireland has been drawn in Group C for UEFA Women’s EURO 2021 qualifying alongside Norway, Wales, Belarus and the Faroe Islands. Kenny Shiels’ side kick off their campaign at home to Norway on Friday 30 August.