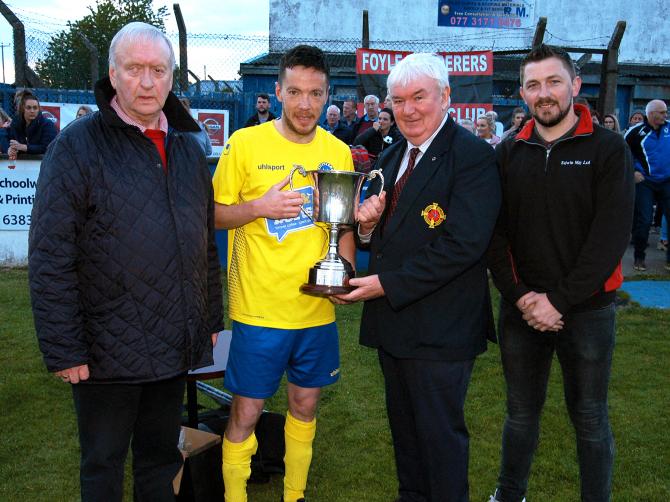 The Coleraine side were trailing 1-0 when Emmett Dysart and Craig Pollock were sprung from the bench just after the hour mark.

And the pair wasted no time in making an impact - Dysart levelling within minutes of being introduced.

He then turned provider 15 minutes from the end when he slipped the ball through for his fellow sub' Pollock to fire home a dramatic winner in front of a good-sized crowd.

Pics and reports in Tuesday's Chronicle.