Luke has the strength to succeed 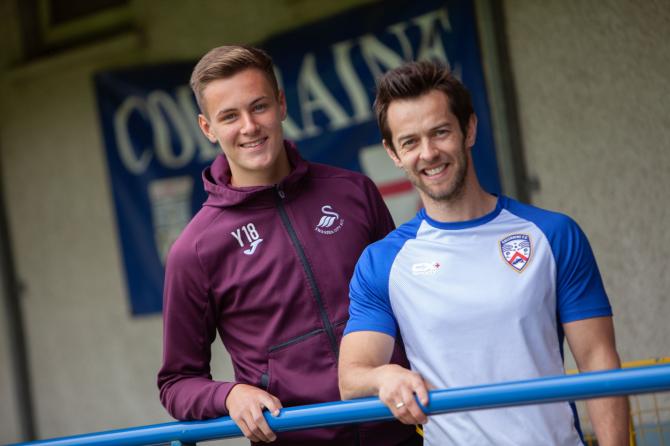 COLERAINE teenager Luke McKendry is one of the lucky ones.

Not only has he the opportunity of forging a career as a professional footballer but he managed to avoid an end of season cull at his club Swansea City.

The Welsh Club, whose Academy Luke joined last year, released a large number of players at all levels at the close of last season and placed all staff under threat of redundancy.

Thankfully, the 17-year-old from Coleraine impressed enough in his first year with the club's Under-18s to secure his immediate future with The Swans and now he is aiming to build on those strong foundations.

"The next step for me is to try and get a game for the Under-23s which will be tough," admitted the former Loreto College pupil.

In an exclusive interview with The Chronicle, the son of current Coleraine FC chairman Colin McKendry describes life as a wannabe professional footballer.

He talks candidly about the challenges of moving from a part-time set-up in the Irish League to a full-time career with the English Championship outfit.

And he pays tribute to all those - including former Bannsiders' boss Oran Kearney and Coleraine strength and conditioning coach Chris Gregg - who have helped him along the way.

To read the full interview, get a copy of this week's Chronicle.