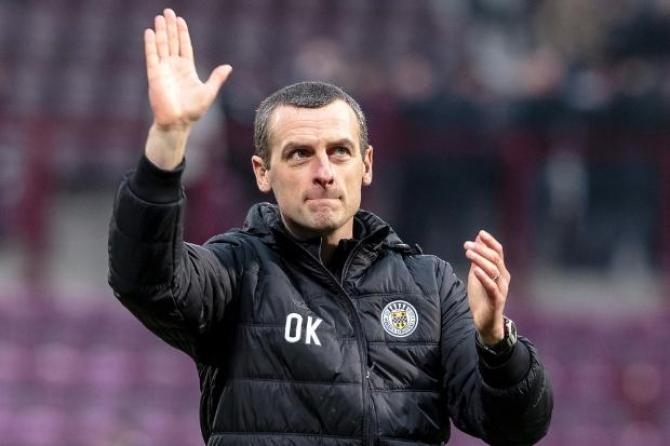 Could former Coleraine manager Oran Kearney be on his way back to the Showgrounds?

FORMER Coleraine boss Oran Kearney is being linked with a sensational return to his old club.

The 40-year-old is understood to be set to leave Scottish Premier League outfit St. Mirren, with the Bannsiders monitoring the situation closely.

The 2018 Irish Cup winners are still without a manager, having parted company with Rodney McAree six weeks ago, and players are due to return to pre-season training this evening (Tuesday).

Kearney guided The Buddies to Premiership survival after replacing Alan Stubbs a month into the season but it's believed relationships between him and chairman Gordon Scott have deteriorated in recent weeks.

The Chronicle understands that issues over Kearney's commuting back and forward from Northern Ireland, where his family still live, and cuts to his budget for the 2019-20 season have caused friction.

"If Oran Kearney became available then it would be remiss of us as a club not to be interested," he told Chronicle Sport.

"Should be become available then of course we would be interested in talking to him."

For the latest on this, plus photos from a host of football club awards nights, see Tuesday's Chronicle.