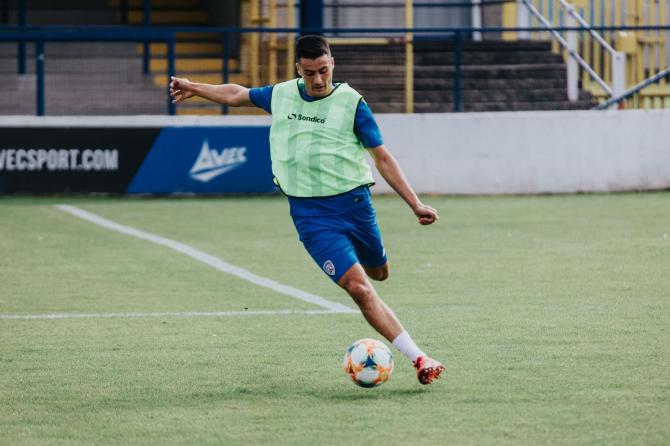 Aaron Traynor, one of a number of players to have extended their contracts at Coleraine this summer.

IT may be the off season, but Coleraine manager Oran Kearney is very much 'on' when it comes to building for next season.

New deals for several of his experienced defenders, a new goalkeeper and a number of other new faces shows that the Bannsiders' boss remains determined not to dwell on the successes of last season.

It all adds up to an exciting week for supporters who will be eager to see their favourites in action in the Europa League this week.

Gareth Deane is likely to make a first appearance in goal following his short-term swith from Linfield while the other new faces will be keen to get some game time against San Marino outfit La Fiorita.

Whether that happens remains to be seen.

For such an important game and with the stakes so high in terms of European money don't be too surprised if the manager goes with the tried and tested.

For all the latest news on a busy week at The Showgrounds, grab your copy of this week's Chronicle - out now!