Through the GAA archive 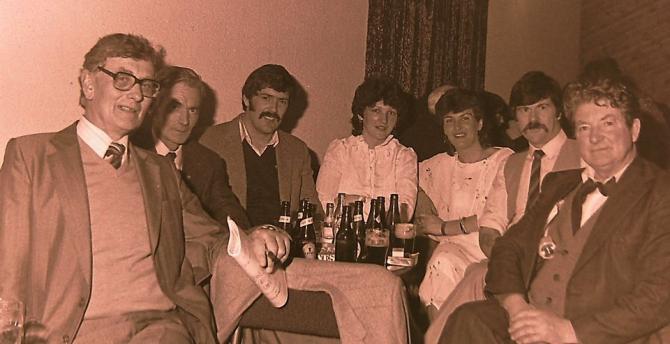 The way we were: a night out at St. Canice's GAA centre in Dungiven in the early eighties.

It's a mammoth task for a man synonymous with the sport in the Oak Leaf county.

He has taken countless numbers of photos down through the years, including when Derry won the Sam Maguire for the only time in the county's history in 1993.

But while the challenge represents hard work for Danny, it presents a unique opportunity for us to highlight some of his enduring images.

Over the coming weeks, The Chronicle and The Northern Constitution will feature pics from Danny's extensive archives, allowing you to share your memories in the process.

This week, for example, Danny has provided us with a photograph of a social evening taken at St. Canice's GAC in Dungiven, some time in 1984.

Do you know anyone in the photograph? If you do, let us know - would be great to put names to the faces.

And keep an eye out over the coming weeks as we take a walk down memory lane in the company of the renowed and respected Danny O'Kane.