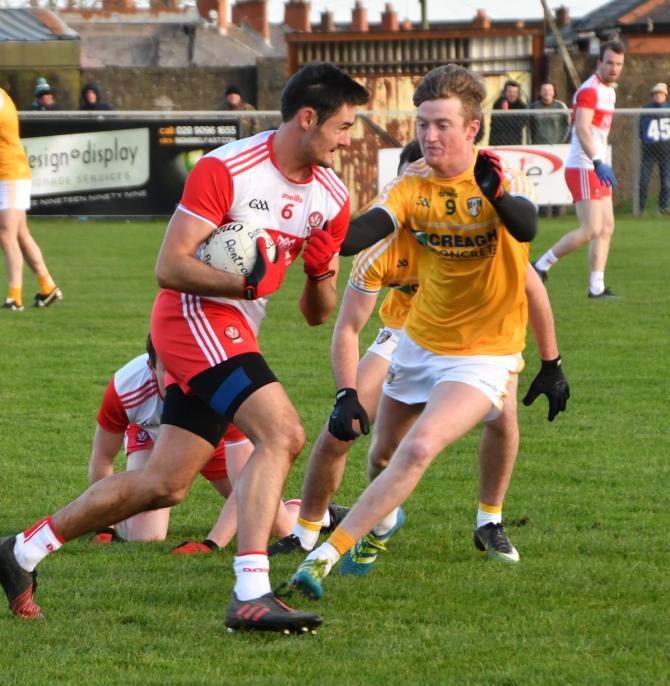 Derry footballers got their Allianz National Football League campaign off to a winning start with a one point victory over Antrim in Belfast.

ALL roads lead to Owenbeg this Sunday as Derry's footballers and hurlers continue their National League campaigns.

Following their opening day win over Antrim in Belfast, the footballers welcome London to the Dungiven venue for a Division Four clash.

The hurlers, meanwhile, meet Donegal in the hurling equivalent in confident mood, having defeated Down in their opening game at the weekend.

It's changed days for the Oak Leaf county - once upon a time not so long ago, Derry's footballers would have been playing Donegal and the hurlers meeting London.

But the Oak Leaf county is in transition at present, the footballers suffering relegation to the bottom tier last season.

Manager Damian McErlean faces the onerous task of restoring the county's fortunes but his cause has been helped by the availability of the Slaughtneil players, normally absent at this time of the season due to club commitments.

It promises to be a busy day of action in north Derry and anything less than two wins would be considered disappointing.

To read a full preview and a report on last weekend's action, pick up your copy of The Chronicle, out now.