Derry hurlers get the better of Donegal 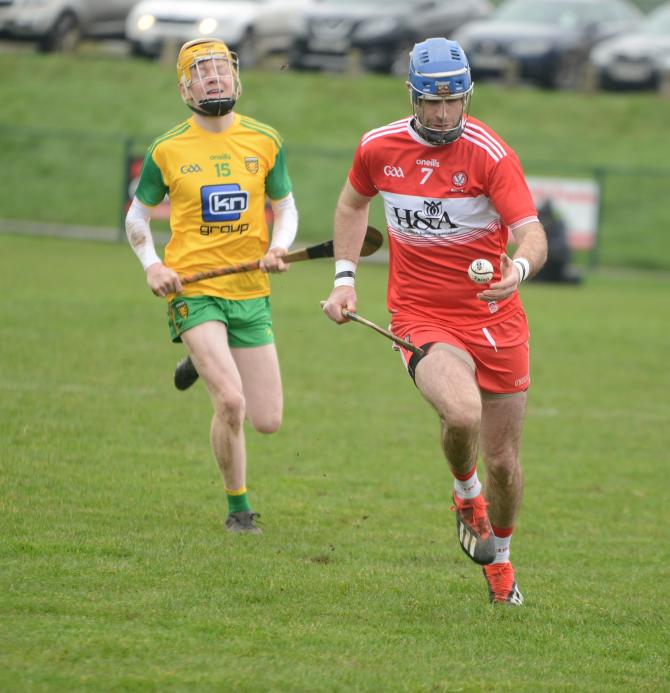 Liam Himphey in action for Derry hurlers in their win over Donegal on Sunday.

DERRY exacted sweet revenge on neighbours Donegal with a 3-18 to 0-12 win in the Allianz National Hurling League on Sunday.

The victory banished bitter memories of 12 months ago when Donegal defeated the same opponents 4-17 to 2-9 in a one-sided clash at Letterkenny.

Slaughtneil sharp-shooter Cormac O'Doherty led the way for the Oak Leaf side, scoring nine of his side's points total, including eight frees.

The hurlers have no game this weekend before heading to Kildare later this month.

The Lilywhites, like Derry, have made an unbeaten start to the league campaign and ran up a big score in defeating Warwickshire in their latest outing.

No doubt, that game will go a long way to determining the season.

For report and pics, see this week's Chronicle.