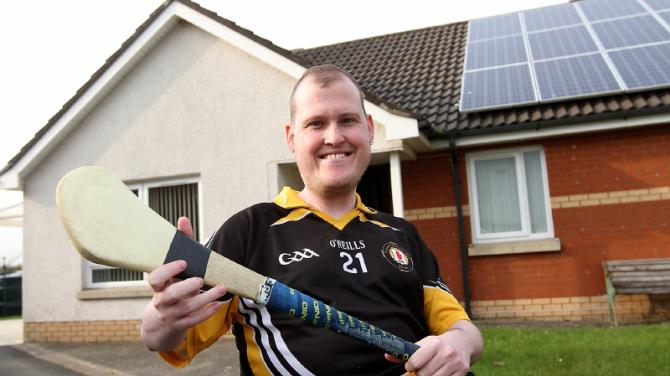 WITH the All-Ireland Wheelchair Hurling Championships set to take place this year, it's been nothing short of a busy time for Limavady athlete Conor McGrotty.

Conor, who was born with spina bifida, will be representing Ulster in this year's All-Ireland Wheelchair Hurling Championships.

The GAA Hurling competition will be taking place on October 26 in the National Indoor Arena in Abbotstown, Dublin.

Ulster will be playing against a variety of other provinces across Ireland.

Ulster is coached by two people – Paul Callaghan and Shane McCann and players come from all across the country.

However, according to Conor most of them come from Derry, Belfast and Strabane.

There are three hubs this year for players to train in. The smallest is in Dungiven, where four players are training at.

There is another hub at the Mid Ulster Sports Arena in Cookstown and the third one is in Tyrone.

Conor explained how he began Hurling, stating: “I used to train wheelchair basketball at University of Ulster Magee.

“One of the coaches from Ulster GAA Paul Callaghan pulled me aside after he saw me coaching the basketball players and asked if I like Hurling and if I would be interested in playing it.”

Conor continued:“I didn't even know what it was, but when I played it, I became hooked instantly.”

According to keen hurler, Conor, he has won prizes for the sport in the past.

He continued: “Two years ago Ulster won the All-Ireland league.

“I have received quite a bit of support in my local area, especially from the local GAA club – Limavady Wolfhounds.”

Ahead of the tournament, Limavady Wolfhounds posted messages of support on social media for the local lad saying: “Best of luck to our own Conor McGrotty and his teammates in the forthcoming Wheelchair Hurling and football leagues. “Conor continues to not only fly the flag for Na Cùnna and Derry, but also Ulster.

“All the best for the season ahead Conor.”