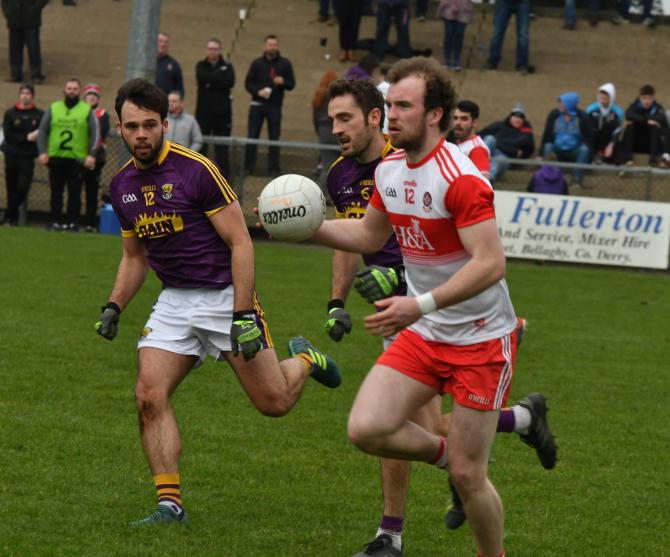 Padraig Cassidy is expected to line out in midfield for Derry when they face Leitrim in the Division Four final at Croke Park this weekend.

DERRY manager Damian McErlean believes his players will need to be at their best if they want to defeat Leitrim in the Allianz National League Division Four final at Croke Park this weekend.

The two unbeaten sides in the division meet in the decider at headquarters at 3pm this Saturday afternoon with the Magherafelt clubman taking nothing for granted.

"At this level, if you drop off all teams are good, no matter if it's Division Four," he said.

"These counties all have good footballers in their squads, they are all fit and organised and if you are that percentage off they will take advantage of that," he added.

The Loak Leaf side made it a 'magnificent seven' wins in the division last weekend with a highly entertaining if at time nervy win over a game Wexford side.

They will no doubt be looking to shore up their defence while at the same time again demonstrating their attacking instincts in this weekend's final.

For a full preview and a review of week one in Division Two of the All County League pick up a copy of this week's Chronicle.