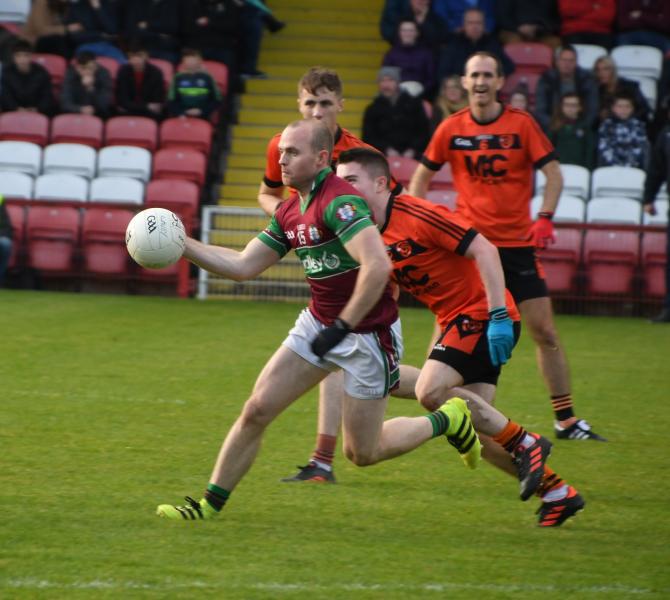 Coleraine will begin their defence of the John McLaughlin with a tie against Magherafelt following last week's draw at Owenbeg.

HOLDERS Eoghan Rua Coleraine will begin the defence of their Derry SFC title with a game against Magherafelt.

The clash was one of the highlights of the draw for the club championship which was made at Owenbeg on Thursday evening.

The north coast club will be bidding for a treble of titles following their county successes of 2018 and 2010.

One of the other games which is sure to draw a big crowd is the meeting of The Loup, winners in 2003 and 2009, against a skilful Glen side.

The Intermediate championship looks to be very open this year, following the promotion of last year's champions Banagher to the senior grade for this year.

Perhaps the most tasty meeting in this grade is the clash of Steelstown and Claudy as only a single point separated the sides in a recent league game.

For the details of the various championship draws plus a comprehensive review of the weekend's GAA action - including Derry senior footballers' commendable showing against Tyrone in the preliminary round of the Ulster SFC - see this week's Chronicle.