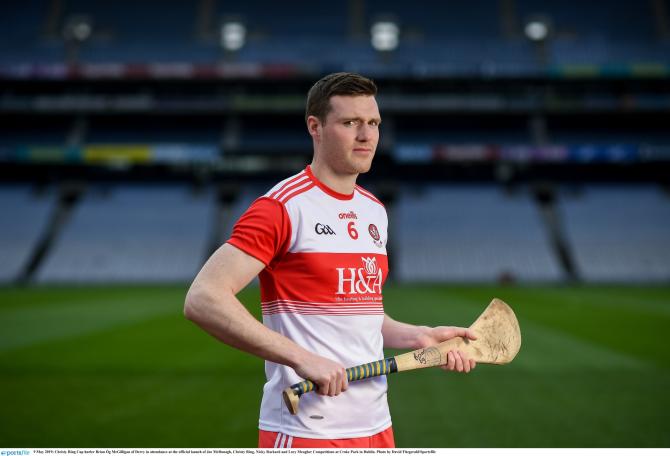 Brian Og McGilligan, on target for Derry in the defeat of Down at Portaferry.

DERRY hurlers can take a big step towards the semi-finals of the Christy Ring Cup when they face Donegal this weekend.

Victory over their north west rivals, followed by success against arch nemesis on June 1, would represent a great start to manager Brian McAvoy's tenure.

The Oak Leafers got their campaign off to a winning start with a hard-earned 3-20 to 2-14 win over old foes Down at Portaferry.

It was a dominant display from the winners as they went about their business in a professional manner from first minute to last.

Their ability to deal with the elements better than their opponents was also a major factor in their win as the Ardsmen shot ten first half wides with a strong wind at their backs.

Derry, on the other hand, were able to work the ball into the scoring zones to take a half-time lead of ten points, with only two wides to their credit.

He was ably supported by club colleague Se McGuigan (1-03) with seven others getting their names on the scoresheet.