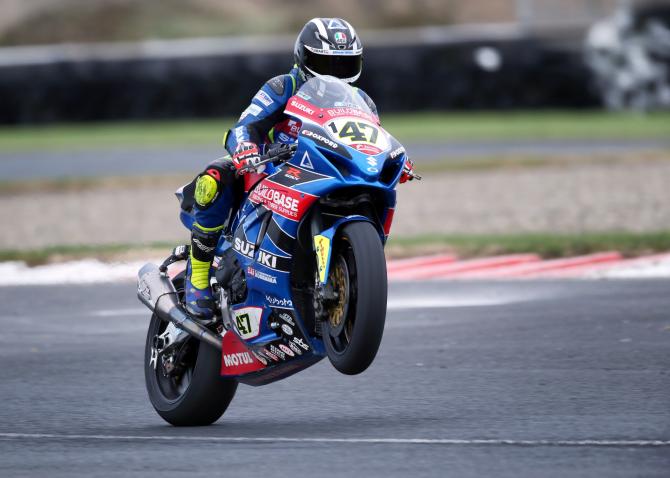 Copper will ride factory-supported Buildbase Suzuki GSXR1000RRs in both the Superbike and Superstock race.

"I have a lot of experience in bike racing but road racing is the one big thing that I haven't done," said Cooper, whose involvement with the race in its ninetieth anniversary year was confirmed this morning.

The Nottingham rider will line-up up alongside North West 200 regulars Glenn Irwin and Alastair Seeley in the British Championship trio's only road race outing of 2019 but refuses to be drawn on his ambitions.

"I've raced and beaten those boys before so maybe they will see me as a threat," said the 35-year-old.

"And I know how fast the Suzuki will be in a straight line through the North West speed traps."

Mervyn Whyte said the prospect of Copper going wheel to wheel with road racing's best was a mouthwatering prospect.

"It is very exciting to have a BSB rider of Richard’s ability and experience making his road racing debut at the North West," said Whyte.

"It will be enthralling to watch Richard go head to head along the Coast road with established North West stars like Dunlop, Irwin, Seeley, Rutter, Harrison and Hickman."