Springwell ‘not prepared to go quietly’ as annual race is cancelled 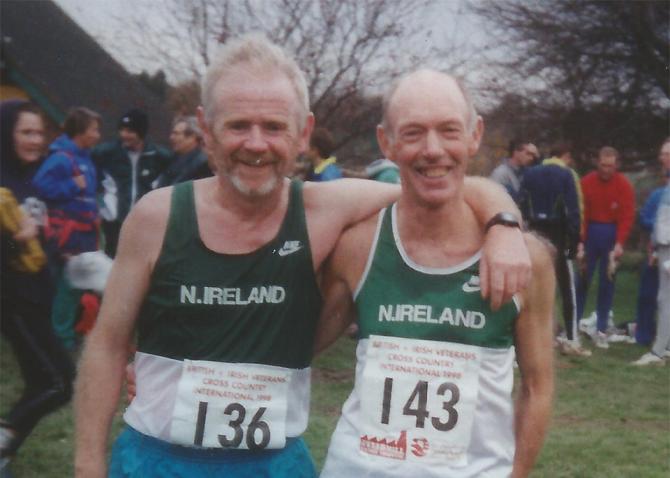 THIS year would have seen the running of the 39th Round the Bridges Race, which in 2001 was renamed the Jude Gallagher Memorial Round the Bridges Race, but, due to one of the last acts of the NI Assembly the 2019 race will not be happening.
The Roads (Miscellaneous Provisions) Act (NI) 2010 and the Road Traffic Regulations (NI) Order 1997 was enacted before the NI Assembly shut down in 2017, and running clubs across the country have been impacted by the changes.
As reported last year by the Northern Constitution, local runner Peter Jack outlined the serious impact this legislation could have on charity events and the well-being of people in the area.
The road traffic regulations mean any triathlon or road race organised will be required to foot the bill for the PSNI to provide road safety.
Springwell Running Club, who organise the Round the Bridges race, said: “We are a running club that organises events for the whole community and actively promotes a healthy lifestyle.
“We are not an events company designed to promote events with a view to making a profit. Our aim is to promote a community spirit with running available to everyone.
“The Bridges is a very important event to Springwell Running Club as, to give it its full title since 2001, The Jude Gallagher Memorial Round the Bridges Race was run every year in memory of one of our members.
“It has been argued that this legislation was designed to effectively stop road running and while there may be merit in such a debate it is quite obvious that the MLA’s who enacted the legislation had the inability to design anything, and failed to fully consider the impact of their decision on local events.
“While the Constabulary have their own problems regarding finance, resources and political leadership a consistent approach from the various Command Districts would have been appreciated and may have assisted Race Directors in organising events.
“Springwell RC fully recognises its responsibilities and has shown over many years and numerous events the ability to safely and successfully manage races but, under the current legislation we find that our experience counts for nothing.”
In spite of the new legislation stopping the 2019 Round the Bridges, Springwell organisors hope that 'The Bridges’ will once again be on the running calendar in 2020.
Springwell RC added: “As a club who actively encourages people to take part in physical exercise and promotes fitness as well as bringing a lot of positive publicity to the North Coast, we are acutely aware of a total lack of interest from our elected representatives on a number of levels.
“This isn’t over yet and your support would be appreciated. We are not prepared to let this go quietly.”
Contributor to the Northern Constitution and friend of the late Jude Gallagher, Peter Jack said:
“It is very disappointing but not surprising that the organisers, the Springwell Running Club, have taken the decision not to proceed with the 2019 race.
“This race has been the biggest participation event for runners or athletes in the Limavady area for several decades.
“It has a long and proud history but the future of the race is now unfortunately in jeopardy due to the implementation of the Roads (Miscellaneous) Provisions (NI) Act 2010 and the Road Traffic Regulations (NI) Order 1997.
“The decision to implement this legislation was taken by Chris Hazzard MP and it became operational on the September 4 2017.
“It basically means if you want to have a race on the public roads whether that is a organised traditional event or a 5K for your local charity, you need to go through a welter of bureaucracy including liaison with the local Council the local PSNI and now a Traffic Management Company.
“In addition to the bureaucracy, a fee is levied for which all intents and purposes makes the running of the race completely unfeasible.
“This legislation does not effect races in the Republic of Ireland or in the rest of British Isles.
“I am aware of a popular 10k in Coleraine which has already been abandoned.
“It raised money for a Cancer Charity but people would have been paying their entry fee basically to pay the police and the council and an event management company.
“Fees are being levied by the police for their valuable input and these fees are inconsistent and haphazard.
“Many triathlons in Northern Ireland have already been cancelled as a result of these additional fees.
“No one objects to the police charging a reasonable amount for their valued assistance.
“Several bodies, however, appear to have obtained an exemption before the legalisation was implemented.
“The two main beneficiaries are the Cycling Association and those who organise Band Parades.
“The Police appear unable to be able to charge for their attendance at some events but can charge at others.
“There should obviously be transparency and consistency across the board.
“Any event that impinges on the Queen's Highway can have a detrimental impact on traffic disruption etc.
“The lack of a functioning Executive means that we will lose more races from the calendar with a loss in contributions to local Charites, the fitness of the population will be affected in that there is a lack of racing to inspire people to train and we may all be forced to go to the Donegal or Dundalk or Darlington or Dumfries to take part in races which bring communities together in these difficult times.
“Hopefully the Executive will be reformed to that this matter can be looked at as a whole.
“In the meantime, everyone in the local athletic community fervently hopes that 2020 will see the famous Jude Gallagher Round the Bridges Race once more up and running!”