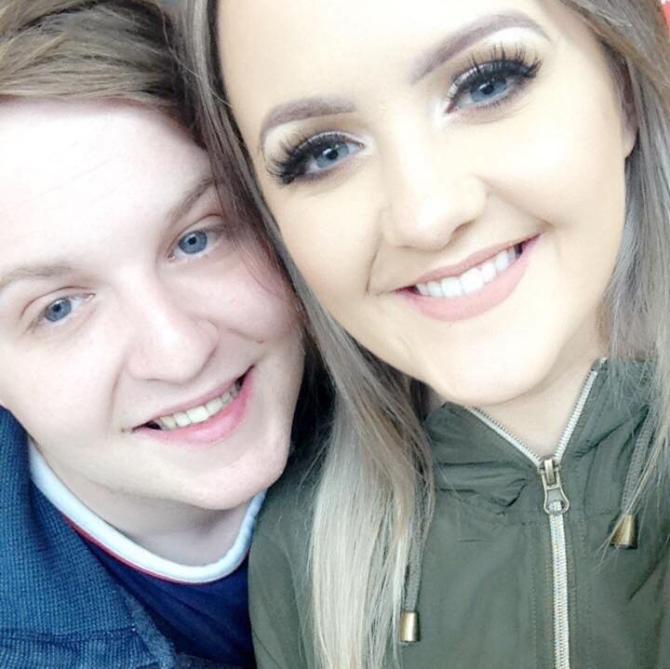 A YOUNG Limavady mother, who recently suffered the loss of her precious baby girl has revealed the exciting news that she is expecting another child.
Back in December Erin O'Hara, 24, and Jamie Mc Cormick, 23, were left devastated following the loss of little Freya who lived for only two minutes outside the womb due to an untreatable condition.
Seven months later, the couple have announced the wonderful news that there will be a new addition to their family, just in time for Christmas Day.
Speaking exclusively to the Northern Constitution, delighted Erin, who is 16 weeks pregnant, revealed that she is extremely excited to meet her precious little ‘rainbow baby.’
“I don’t know what I’m having yet but I would absolutely love to find out.
“This time last year I was pregnant with Freya so it almost feels like I’ve been pregnant for a long time, but I love that really.
“I’m due on Christmas Day - it sounds a bit like a fairy tale ending but I will admit it’s been very scary and I’ve been super anxious.
“However each time I see my wee baby kicking and somersaulting around I feel a huge sense of relief.”
According to inspirational Erin, who is already a mother to seven year old Josh, adjusting to life after losing her baby girl has been extremely difficult.
But Erin admits she has been trying hard to honour little Freya's memory.
She explained: “I have found it difficult to adjust to life without Freya.
“There’s this thing called empty arms syndrome and it’s where your body realises it’s had a baby, so you long to pick something up and cuddle it, just like you would with a baby.
“’I've been trying my best to honour Freya’s memory in any way I can by raising awareness for anencephaly, which includes dealing with relevant charities and also sharing my story to help support parents in similar positions.”
For Limavady mum Erin, experiencing the joy of pregnancy again has helped her to cope after months of suffering and heartache.
She continued: “Being pregnant with a rainbow baby has helped to ease the pain a little as it has brought back the excitement again.
“It feels a little like this time last year, where I was looking at travel systems, nursery sets and more.
“I just can’t wait to have my baby in my arms.”
On Sunday August 11, both Erin and Jamie will be participating in a sponsored walk from Greysteel to Eglinton in support of Northern Ireland's baby charity, Tiny Life.
TinyLife is committed to providing  a range of support  services that meet the growing needs of families of premature and ill babies in Northern Ireland.
The charity continues to support vital research to ensure that every pregnancy has the best chance of a healthy outcome and a healthy baby.
According to Erin, the couple are looking forward to taking part in an event that supports such a worthy cause.
“I’m really excited to take part in something that will not only get me out and active, but will help to support premature and sick babies.
“I know all too well what it’s like to have a sick child and to have support at a time like that, it really does make a difference.”