Are you the ‘best friend you can be’ for Evie? 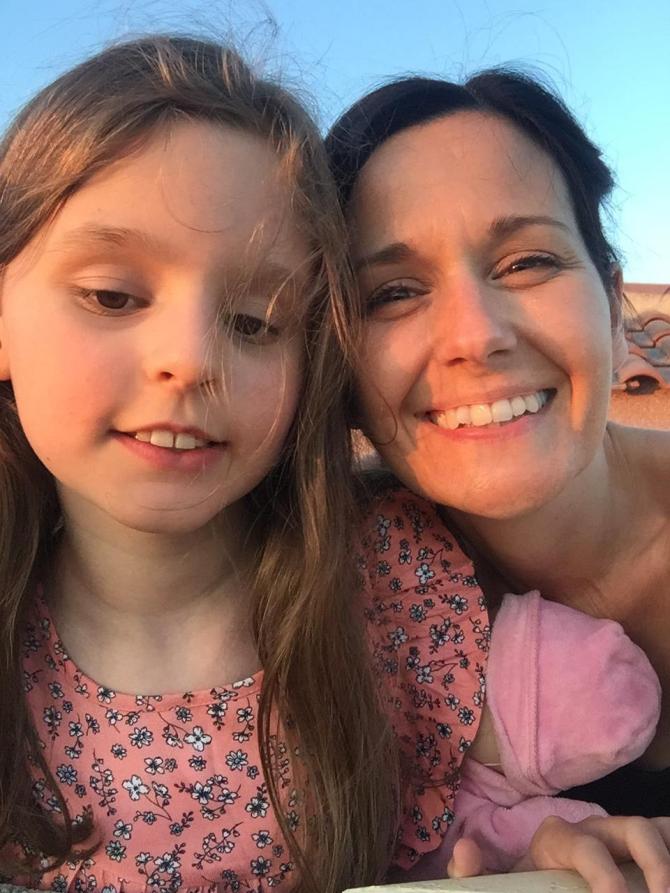 A DEDICATED couple from Eglinton, who are proud parents to an autistic daughter, are currently seeking out committed and enthusiastic volunteers, who are willing to become a part of their home-based therapy program which is centred around their 10-year-old's life changing journey with autism.
Having your child diagnosed as autistic can be a very emotional time for parents, even if they have been seeking answers for a while.
Many parents will want to better understand their child’s diagnosis and find out how they can help them.
This was exactly the case for Gwen and Neil Cullimore, who sought appropriate training after their precious daughter, Evie, was diagnosed with autism at the tender age of four.
Upon completion of the Son-Rise Program in London, the determined couple arrived back home to Eglinton, satisfied with the knowledge and confidence to begin their own home schooling therapy for little Evie.
Son-Rise is a parent-directed, relationship-based play therapy program for children with autism spectrum disorders and other developmental disabilities.
The program was developed by Barry Neil Kaufman and Samahria Lyte Kaufman for their autistic son,Raun, who is claimed to have fully recovered from his condition.
The program's developers claim that if parents learn to accept their child without judgement then they will teach themselves to interact with others, and this will allow them to engage in social interaction because they chose to learn the skills.
According to former school teacher, Gwen, the program, which she has been running at home for almost five years, has completely transformed her daughter, who at one point, stopped responding to any type of interaction.
Gwen explained: “We loved the idea of the program straight away because it gave us hope that anything is possible for Evie and we loved the idea that we could build a connection with her through her special interests, which are often not typical to what other children find interesting.
“In this way we could build a bridge to her world and connect and bond with her doing the things she likes to do, just like we do with her little sister, Eliza and her more typical interests.
“We started off doing a few hours of one to one with Evie in her special playroom that we set up in our home.
“Once we saw huge changes in Evie’s language, social interaction and engagement from only doing a few hours after school and at weekends, we decided to home school her running a full time Son Rise (R) program.
“In the beginning, we worked with magnetic letters and numbers but now that Evie is older, we go in with games focused around her interests or a specific goal –She is all about make-up and she is a huge fan of the bands Gorillaz and Blur.”
Gwen continued: “It has definitely helped Evie – she used to struggle with eye contact especially when it came to strangers but now she has beautiful eye contact.“Previously, Evie had basic functional language but now we are having back and forth conversations with her and she is now playing with her younger sister.
“She has also recently started to ask questions and point things out whereas she never would have been interested before.”
According to local mum, Gwen, alarm bells began ringing after herself and husband, Neil began to notice changes in their daughter's sleeping pattern.
“When she was about 2 years old, Evie's sleep was off the chart and she kept waking up constantly in the middle of the night.
“She loved to dance and sing until eventually those things seemed to disappear.
“She would stare into space as if she was in her own little world and she stopped answering to her name.”
For thankful mum, Gwen, she claims that without the help of the volunteers (which the couple are currently trying to recruit) the program wouldn't have been possible.
She explained: “We have had many volunteers join our family on this fun-filled, life changing journey.
“The volunteers are Evie’s friends and help her build connection and social relationships through play and through following her lead.
“We have space for a live-in volunteer, who will be situated in a flat next to our house and we also are interested in volunteers who maybe want experience or who are out of work or students who would like to do a few hours a week.”
Gwen went on to explain the volunteer process which is based on becoming 'the best friend they can be' for little Evie.
She continued: “We will give them the same training that we received including observations and feedback.
“A lot of volunteers say it has helped them connect with their own families and built their own confidence including students who struggle with anxiety and so on.
“Having volunteers actually helps Evie – she often would struggle with flexibility so meeting new people in a safe environment helps to stretch this for her - it's all about acceptance and non judgement.”
According to Gwen, herself and husband, Neil are extremely thankful for all of the support they have received since Evie’s diagnosis.
She explained: “We have had a lot of support from people who have helped us with fundraising over the years so we could attend different training programs and we couldn’t have done that without their help.”
Gwen concluded: “It would be incredible to build up a team of volunteers, it’s lovely to have that family atmosphere and it would mean the world to Evie, our ray of sunshine.”
If you are interested in becoming a volunteer contact Gwen on eviesadventures@yahoo
.com or alternatively you can message the Facebook page ‘ Evie's Adventures - Our Autism Journey.’