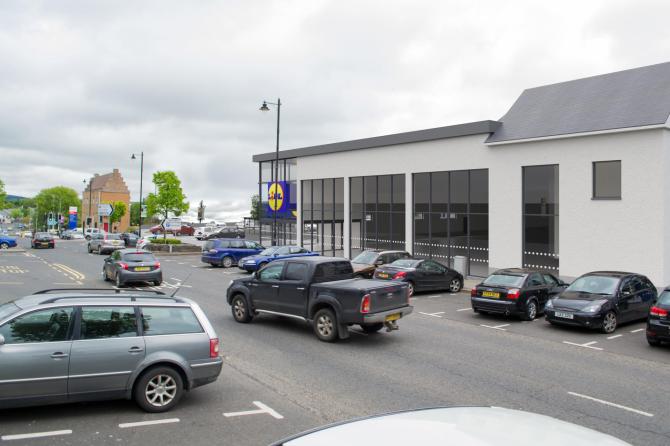 LIDL have confirmed to the Northern Constitution plans to open a new state-of-the-art concept store in Limavady, revealing computer generated images of how the new store will look when completed.

This will see the retailer knock down its existing premises along with two neighbouring retail units on Main Street.

Lidl originally built the Limavady supermarket in 2000, opting for a barn-like appearance in a supposed attempt to be sympathetic to the character of the town.

The German retailer is expected to confirm in the coming weeks dates for demolishing and rebuilding it's Limavady store.

A spokesperson for Lidl Ireland and Northern Ireland told the Northern Constitution: "Lidl expect to be in a position to confirm closure and reopening dates in the coming weeks for the proposed new Limavady store.

"We are very excited about the prospect of bringing our state of the art new concept store with the same great value products to our valued Limavady customers."

Read more about the new flagship Limavady store in next weeks Northern Constitution.