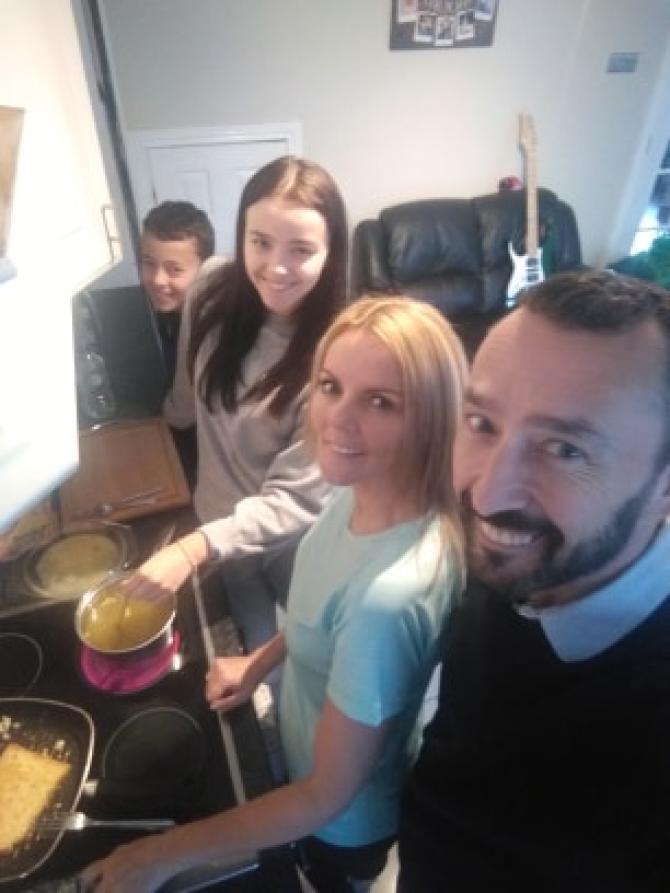 A FORMER St Mary's Limavady teacher, who immigrated to China but who is currently at home in Northern Ireland, has shared his concerns about getting back to the country where the Coronavirus originated.
Much loved ICT teacher, Desmond O'Connor, made the life-changing decision of moving from Strabane to Shenzhen in southeastern China with his wife Karen and three kids, Alex (21,) Eirinn (15) and Tiernan (11).
This week, Desmond, who had been teaching at a boarding school for nearly two years, told the Northern Constitution he is deeply worried for his future plans amidst the ongoing Covid-19 crisis.
He explained: “We were on Chinese New Year holidays when we got news that the schools were closing so I took the quick decision to come home – that was in early February and the schools have been closed ever since.”
According to Desmond, who works at the same school as his wife and where his children are pupils, some provinces in China have started a phased return for older students.
He continued: “I am still concerned that if the school does not open before the end of June that I will not get to see the students before the end of the academic year and colleague staff.
“Most of us are unsure if we will be able to get back with all the flight cancellations and border restrictions.”
Desmond went on to speak of the strict lock down measures that China have in place, which the family managed to escape due to flying home at the right time.
He continued: “Most of our staff did not return so we missed the lock down but those that stayed were confined to their apartments.
“They had a 'life pass' that allowed only one person per family to go out for two hours each day.
“They also had temperature checks at every building and people were taken to government quarantine if they had a high temperature.”
According to Desmond, who is currently back home with his family in Strabane, the Coronavirus crisis has disrupted a lot of travel plans causing much distress for him at this worrying and uncertain time.
“There are many issues in my way at the minute such as getting a flight – there are many flights cancelled and I may have to get a three stop or more flight to get back into Shenzhen.
“Another thing would be the cost of the flights and the duration.
“I would also have to worry about being exposed to the virus during travel and the possibility of having to do an enforced government quarantine.
“If I dont get over soon, much of my personal effects are in China and I need to get them home!”
According to the Tyrone man, like many families during the current crisis, it has been a difficult time, particularly for his children who had settled in nicely to their new school in China.
However, Desmond is hopeful the family will return overseas eventually.
He continued: “The kids really like China - the weather, the private school with tennis courts, swimming pool, cinema etc but are upset they might not get to see their friends again.
“However, it is likely as a family that we will go overseas again soon to another international post.”