Kyle enjoys the run of the neighbourhood 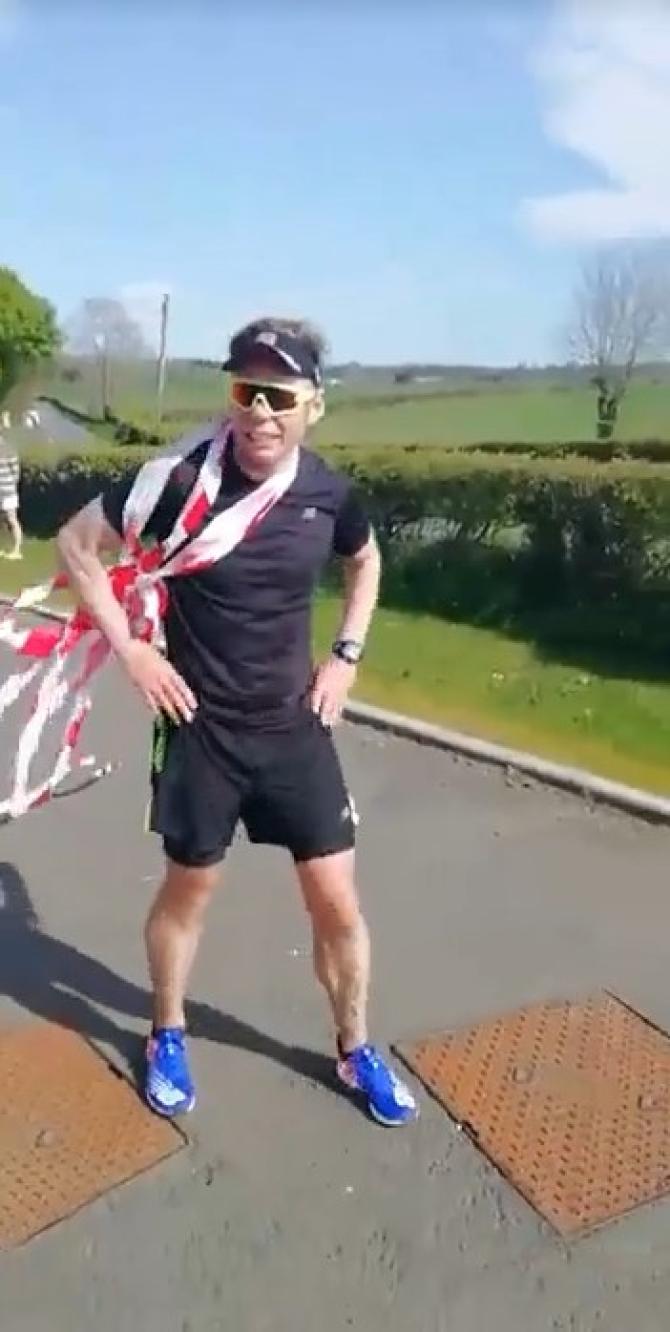 PEOPLE often travel half-way round the world to take part in marathons.

Well, in Portrush last weekend a local man went  the 26-miles distance -  and was never more than a stones throw from his front door.

In the process of running 13 laps of his neighbourhood, Kyle Leckey raised thousands for charity and brought back some cheer to a community in lockdown.

No stranger to trials of endurance, and having been “blown away” by support en route,  Kyle said it was one of the best experiences of his athletic career.

Kyle had been in training for an Ironman event in Austria so, as he told the Chronicle, he already had “a certain level of fitness.”

“Like everyone else I have been watching some tremendous fundraising efforts on the news and I wanted to do something,” he said.

“This was a great way to do that, and of engaging with the neighbourhood.”