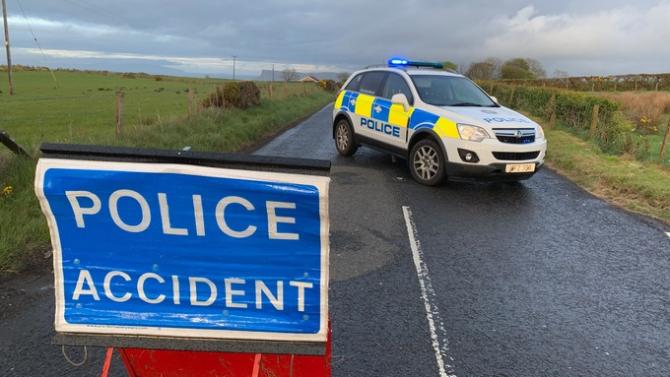 The collision involved a tractor and quad bike on the Whitepark Road. Credit: Alan Lewis

A woman and a young girl have died following a two vehicle collision on the Whitepark Road in Ballycastle on Tuesday 12th May.

The two, understood to be mother and daughter, were killed in the collision involving a quad bike and a tractor that occurred at around 4.50pm on Tuesday afternoon. A second young girl was taken to hospital and is understood to be in a critical condition this morning.

The mother has been named locally as Clare Smyth.

The Whitepark Road was closed until the early hours of Wednesday morning but has now re-opened.

A full investigation is underway and officers have appealed to anyone who witnessed the collision or captured the collision on their dash cam to contact police on the non-emergency number 101, quoting reference number 1392 12/05/20.

Glens Independent Councillor Padraig McShane has described the shock felt in the town of Ballycastle at the latest tragic accident on our roads.

"The Smyth family are a highly respected and much loved family within our community."

"No words exist to encompass the shock and sadness coming out of the farm at the foot of Cairnduff Hill.

"I wish to extend my sincere and heart-felt sympathies to the family on behalf of the community here in Ballycastle."