‘I owe my life to care staff at the Causeway Hospital’ 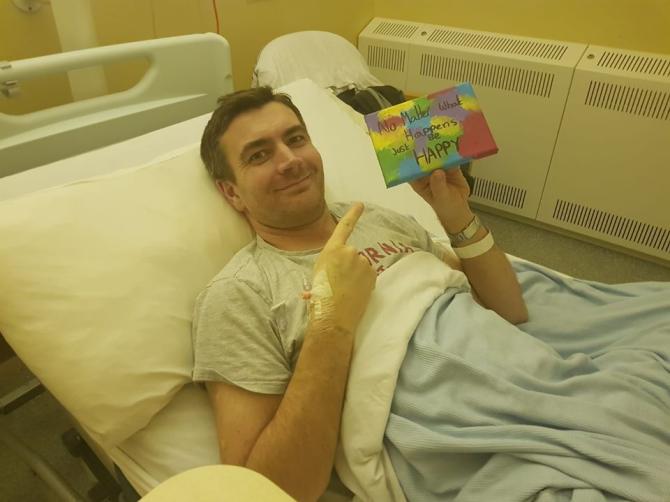 Mark Connolly sitting up in bed at Causeway Hospital during his recovery after contracting a life threatening combination of Pneumococcal Meningitis, Sepsis and Pneumonia.

A COLERAINE businessman, just hours  from death with a rare illness, says he owes his life to NHS staff at the Causeway Hospital in Coleraine.

He is now recovering well at home after receiving round the clock treatment from an army of nurses, doctors and other medical staff during his time in Causeway.

And, like many men, he has his wife to thank for getting him the treatment he so desperately needed.

“My symptoms began with a minor ear irritation on the Saturday evening, but it wasn’t until the Monday afternoon that there were more serious signs that something was wrong,” said Mark.