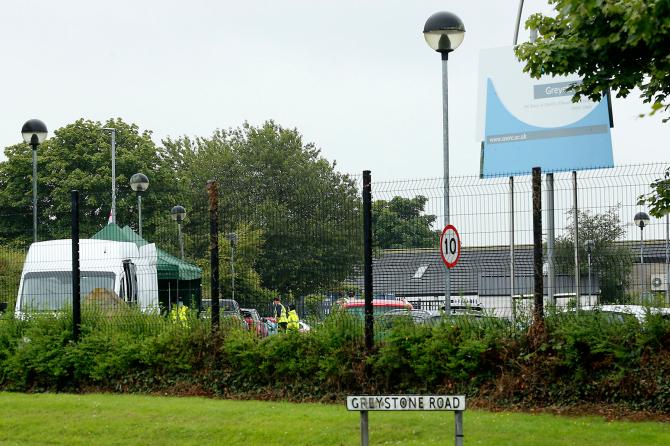 Less than 24 hours after the Public Health Agency identified a cluster of infections in the Limavady area, cars queued to enter the town’s test centre.

THE number of positive Covid-19 tests recoded in Causeway Coast and Glens rose to 23 in the last seven days – by far the highest total of Northern Ireland's 11 boroughs.

The latest figures were published on Sunday, three days after the Public Health Agency (PHA) announced that a cluster of cases had been identified in Limavady.

The next highest number of positive tests (13) was recorded in neighbouring Derry and Strabane.

It was the only other district to log cases in double figures.

Limavady's cluster has been linked to a social gathering in a private residential setting.