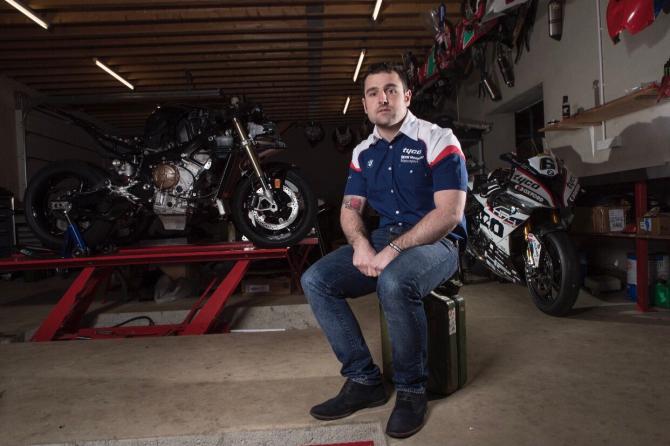 Michael Dunlop pens a new deal with Tyco BMW for 2019.

Michael Dunlop is set for a return to road racing after signing a deal which will see him remain with Moneymore based Tyco BMW for the 2019 season.

Earlier today Dunlop revealed that he has success in his sights as he prepares for the 2019 campaign.

Speculation hinted that Dunlop may step away from racing following the tragic death of his brother William at the Skerries 100 in July last year.

It is believed that the 29 year-old will ride a S1000RR Superbike for the German manufacturer but no plans have been confirmed as yet for the Supersport and Superstock classes but in recent seasons, the Ballymoney man has opted to run his own machines under the MD Racing banner.

Dunlop has set his sights on TT glory and it is hoped that he will be on the grid for the 90th anniversary North West 200 as well as the Ulster Grand Prix in August.

Speaking on his latest deal, Dunlop said: "I’m looking forward to working with the TAS Racing boys again this year. We grabbed a Superbike TT win last year, which was a good start and the goal this year will be to go after both the Superbike and Senior TT wins on the Island.

"BMW has launched a new bike, which I should be riding in a few weeks’ time."

"With the added improvements to the package and a second season with the same team, we should be in a good place to go after both the big wins on the Island.”

Tyco BMW team principal, Philip Neill, said: "It’s great for TAS Racing to secure another season with Michael and together with our partners BMW and Tyco, we are looking forward to a successful season on the all-new BMW S1000RR.

"It was always our plan to continue with Michael, however it was important we took some time together to consider the best way to approach 2019, and we look forward to announcing further details soon."

Michael Dunlop currently sits third in the all time list of TT winners with 18, 8 wins behind his uncle, the late Joey Dunlop.

The 29 year-old enjoyed a treble at the Isle of Man TT last year,including a win in the Superbike class. A proven winning rider and machine combination which has all the ingredients for success in 2019.

*For action and reaction on Dunlop's move, see next week's Chronicle.