Dunlop in tribute to dad 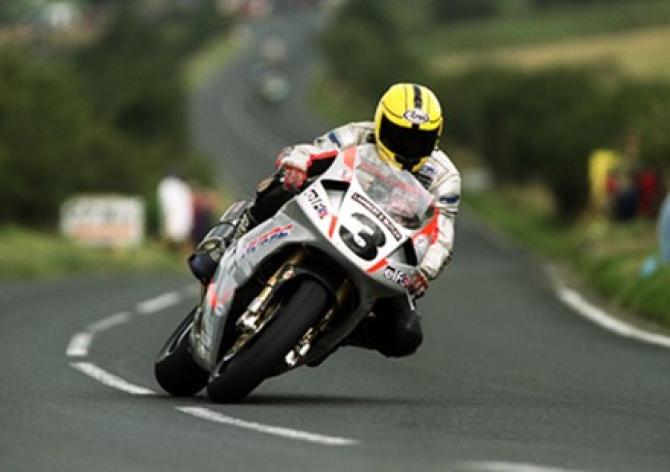 Joey dunlop on board the RC45 Honda at the 1999 Ulster Grand Prix.

GARY Dunlop will race in the colours of late father this season in a nod to Joey Dunlop's famous Ulster Grand Prix win 20 years ago in 1999.

That race win - on board the RC45 - is regarded as one of Joey's finest and is sure to be recalled as the anniversary approaches in August.

In tribute, Gary Dunlop has changed the livery of his Honda machines to the iconic colour scheme sported by Joey when he got the better of David Jefferies and Iain Duffus at Dundrod.

Meanwhile, it has been confirmed that the annual road racers versus short circuit racers charity football match this year raised a whopping £13,000.

The game took place at Seaview, home of Crusaders FC earlier this year, and attracted leading figures from the sport.