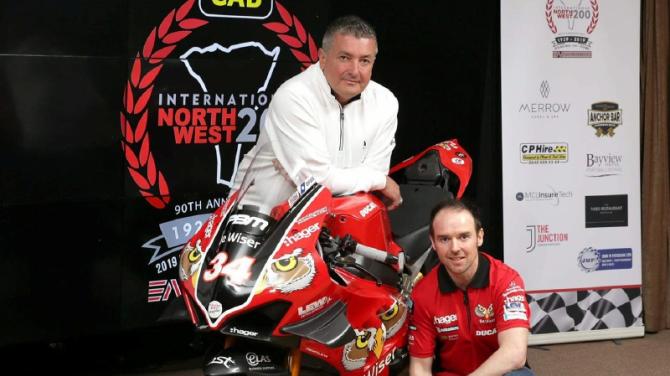 News that the Carrickfergus man would be competing on the Italian machinery surfaced at the North West’s ‘Meet the Stars’ event last week. Seeley hinted that the move will leave him in a strong position to build on his 24 race wins around the Triangle circuit in May.

Speaking to Chronicle Sport, he said: “It was quite late getting it all sorted and we had been talking with Paul Bird and the team but I was well chuffed when we finally got the deal over the line.

“I’m really excited to get started on the new Panigale V4 machine and we have already seen from the first round of the World Superbike series how good the bike is.

“The Ducati has proven to be fast and we hope that when we arrive at the North West 200 the bike will be competitive.”

With the event now just over two months away, Seeley is aware that seat time is vital in the build up to the event to put him in a stronger position to win races.

“I need to get testing the bike to get comfortable on it and hopefully we can hit the ground running,” he said.

“I have been included in the British Superbike test in Portimao in Portugal with the PBM team and that will be in two weeks’ time."

To read the full story see this week's paper.