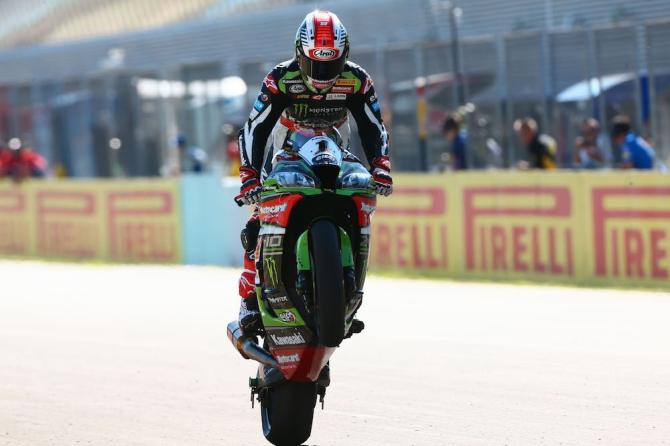 Speaking at the RDS Arena in Dublin where the Irish Motorbike Show is taking place, Rea said he was looking forward to being part of the meeting's 90th anniversary celebrations

The Kawasaki rider, who performed a parade lap at the 2018 event, added that he cannot wait to see who will prevail in the ‘big bike’ races around the 8.9-mile ‘Triangle’ circuit.

Alastair Seeley, the most successful rider in North West 200 history, will renew his rivalry with Glenn Irwin who has triumphed in the Superbike Class the last two seasons.

That came on the Be Wiser PBM Ducati - the team Seeley will ride for this time around after Irwin penned a contract with JG Speedfit Kawasaki.

“It is too close to call who will win the Superbike races at this year’s North West,’ said the Ballyclare man. “I can’t wait and I am really looking forward to being there to see what happens.”

At the Motorbike Show it was announced that Rea will take part in a special chat show in the paddock marquee during this year’s Race Week.

“We wanted to take the popular Meet the Stars event to the Irish motorbike show in Dublin,” he added.

“The response was fantastic, with thousands of visitors to the race stand and dozens of new members being recruited to the NW200 Supporter’s Club over the three day show.

“The news of Alastair Seeley’s Be Wiser PBM Ducati deal has really captured everyone’s imagination and there will be even more exciting announcements to come in the next few weeks.”