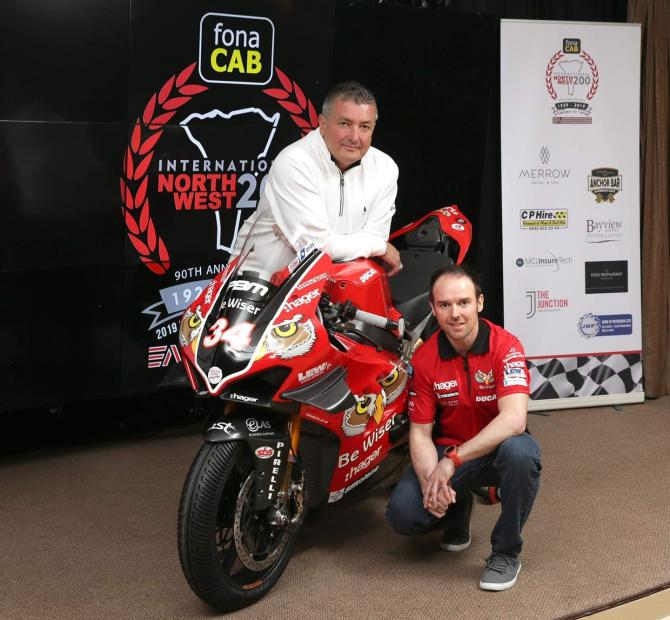 The NW200's most successful rider Alastair Seeley pictured with team boss Paul Bird and the all new Panigale V4.

THE North West 200's most successful rider is hopeful of adding to his race win tally this year - despite never having raced a Ducati competitively before.

Alastair Seeley, with 24 race wins to his name around the Triangle circuit, was unveiled as the PBM/Be Wiser Ducati Panigale team's star rider at a press launch for this year's event in the Lodge Hotel.

"It was late getting it all sorted but I was well chuffed when we finally got the deal over the line," admitted the Carrickfergus man.

"The Ducati has proven to be fast and we hope that when we arrive for the North West 200 the bike will be competitive," he added.

Meanwhile, local favourite Michael Dunlop says he will be 'doing whatever it takes' to be successful on the roads in 2019.

The Ballymoney rider will ride the new Tyco BMW S1000RR in the Superbike class and will run Supersport and Superstock machines under his own MD Racing banner.

For all the latest news from a busy week in road racing, see this week's Chronicle.