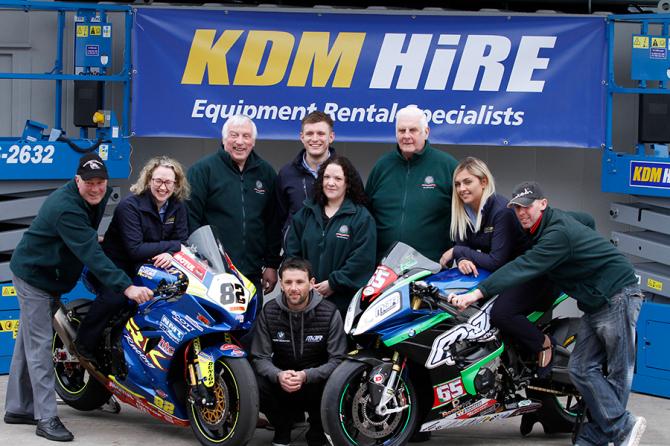 The KDM Cookstown 100 at the end of this month marks the start of the Irish road race season.

ORGANISERS of this month's KDM Hire Cookstown 100 say they are delighted that all the leading Irish road racers will be in attendance when the event takes place at the end of this month.

The Orritor races traditionally mark the start of the Irish road race season and anticipation was high at Thursday evening's press launch in the Royal Hotel.

Leading the charge will be the 'Mullingar Missile,' Derek McGee, triple Irish Road Race champion in 2018 who will compete in the Open, Supersport 600, Supertwin and Moto 3 races.

Other notable entries include Michael 'Micko' Sweeney on the Martin Jones Racing/Kiely Heating Bikes and Magherafelt's Paul Jordan who will ride for Dafabet Racing in the 600 and Open races.

One man who is sure to attract a lot of attention is Guy Martin who has submitted a provisional entry for the Classic Race on board his home built 830 BSA.

Another interesting entry in the Classic comes from Andy Jackson who will ride an Italian MV Agusta in the 350 class.

This is only the second time the MV Agusta has competed at Cookstown - the first was Mike Hailwood on a 175 MV, way back in 1958 - when he won his first ever road race.

The action gets underway with Practice Day on Friday April 26 followed by Race Day itself on Saturday April 27.