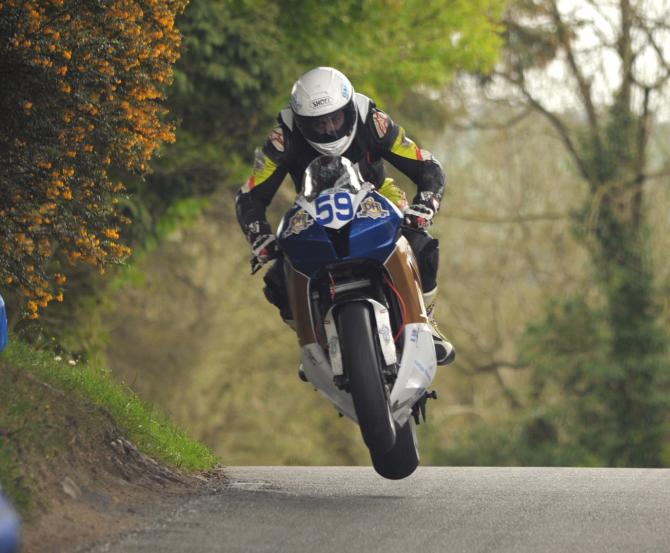 Ballymoney road racer Darryl Tweed has admitted that he was ‘happy enough’ with his progress at the KDM Hire Cookstown 100 last weekend but insists there are better days ahead for him and the DH Racing Team.

Tweed announced his move to TeamDHR over the winter and benefited from some testing in Spain during the closed season and with the first National event of the season done and dusted, Darryl is hoping to find his feet as the season gathers pace.

Speaking to Chronicle Sport, Tweed said: "It was a challenging meeting at Cookstown for us but it is all about learning because the bikes are new to me and these things take time.

"It was a changeable day as far as the weather was concerned but it was the same for everyone out there."

The 28 year-old managed a tenth place finish in the Open A class and a similar result in the 600cc class. Machine issues hampered Tweed in the Supertwin race but he was still able to finish inside the top ten. In the grand final, Darryl tried his luck on his ex-John Burrows 600cc Honda machine against the field which was dominated by 1000cc bikes. He managed to finish in eleventh place overall and explains how things did not quite go to plan.

"I was pleased with the 600cc bike and I am really starting to get to grips with it so hopefully there is more to come from myself and the bike in that class,” said Darryl.

"I was running in fifth but then ran on at Gortin Corner which cost me in the end.

"It was a disappointing result for me in the Supertwin race because we were down on power compared to where we should be but we have identified the problem so it should be sorted for Tandragee.

"I also made the wrong tyre choice for the Twin which did not help,” he admitted.

"I took a gamble with the tyre choice because I thought the track was going to dry out and opted for the dry tyre option but then the rain came on which made it tricky – I had to just work with what I had.”