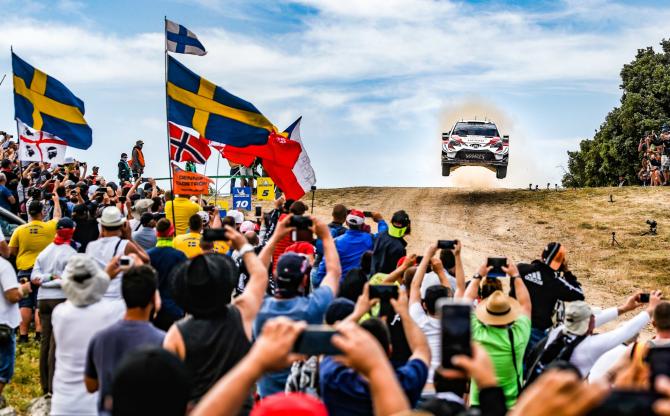 The World Rally Championship has a huge following.

A CONVINCING business case is needed to bring the World Rally Championship to Northern Ireland next year, according to the boss of Tourism NI.

Addressing last week's sitting of the Northern Ireland Affairs Committee at Westminster, John McGrillen said work continued behind the scenes to draw up a watertight argument for funding.

His comments came in response to a question from North Antrim MP Ian Paisley, who asked what major events were in the pipeline post The 148th Open.

"It (Rally GB) certainly is a potential, as are a number of of other events we are talking to promoters about," Mr McGrillen said.

Meanwhile, tributes have been paid to three-time Donegal Rally winner Manus Kelly who was killed while competing in this year's event.

Mr Kelly, a father of five, sustained fatal injuries in an accident on 'Fanad Head' on the first of Sunday's six planned stages.

The event was immediately cancelled.

The cause of the accident is still unclear and a full investigation is underway.

For the best in rallying news, get your Chronicle every week.