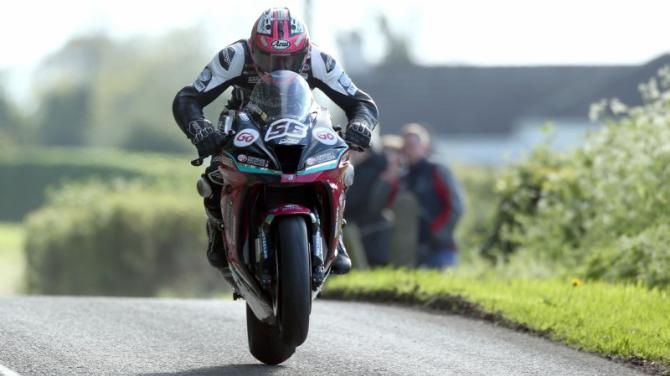 Adam McLean in action at the Tandragee 100 earlier this year. Picture: Stephen Davison

McADOO Kawasaki rider Adam McLean says that he “hopes” to return at the Classic TT at the end of August if his recovery goes to plan.

Despite revealing that he almost lost his right arm during his high-speed crash at the Tandragee 100 back in May, McLean insisted that he has stepped up his recovery and all is going to plan so far. He sustained pelvis, arm, collarbone, shoulder blade and rib fractures, some of which required surgery two months ago.

With a return to racing his sole motivation, McLean insists that he is excited to get back out racing again.

“The main focus for me is to get fit again and get healed up,” McLean told Chronicle Sport.

“We have missed the North West 200 and the Isle of Man TT and I won't be fit for the Ulster Grand Prix next month but that is racing – you just have to get on with it.

“It is frustrating sitting out injured but at the same time I am still only 22-years-old so I have plenty left in the tank and the hope is to come back stronger than before,” he added.

“The McAdoo bikes are there and it is tempting but I know I am quite a bit off getting back to full fitness but I am back doing some gym work and I am determined to come back as fit as ever.

“The right arm is the difficult one at the minute because I couldn't lift a cup of tea or close the car door until recently but we just have to be patient.” admitted the 22-year-old.

*Read the full story inside this week's paper.