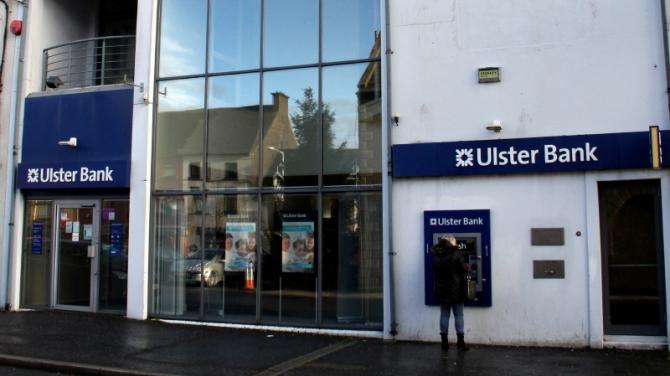 The future of a unique role aimed at easing the loss of the last bank in Rathfriland is currently being reviewed, Ulster Bank has confirmed.

When Ulster Bank closed back in June 2017, the bank appointed a community banker in an attempt to bridge the gap of having no bank in town.

Mr Gill hosted the regular drop-in clinics at Katie Banks in Church Square on the second and fourth Thursdays of every month between 1.30pm and 3.30pm. However, the cafe closed its doors at the end of last month.

When asked where the service will now be operating from, Ulster Bank stated it was “reviewing the locations that community bankers visit”.

“Ulster Bank is currently reviewing the locations that community bankers visit to ensure that they are adding the most value in the communities that they serve. We will be advising of any changes in due course,” said a Ulster Bank spokesman.

Ulster Bank has said Mr Gill will continue to serve the Rathfriland area in his role, however, this may mean a move away from the drop-in clinic concept.

Previously Ulster Bank said he would be “organising a series of events open to the public, as well as delivering presentations for schools and community organisations about the importance of staying safe and secure when banking, good practice for identifying fraud and scams, using the Ulster Bank Anytime Banking app and transitioning from traditional to digital banking services.”

For anyone seeking more information on this service or to book an appointment, they can contact Richard on 07901518863 or email richard.gill@ulsterbank.co.uk

Ulster Bank also confirmed that the ‘Bank on Wheels’ service continues to come to town every Monday between 2.15pm-3pm in the car park on Castle Street.

However, that service remains “under review to make sure that we’re meeting customer needs”.

Meanwhile they have apologised to customers for any inconvenience caused when the ATM was not working due to being serviced however added that “it is currently operational”.