Limavady mother putting 'baby girl's needs before her own' 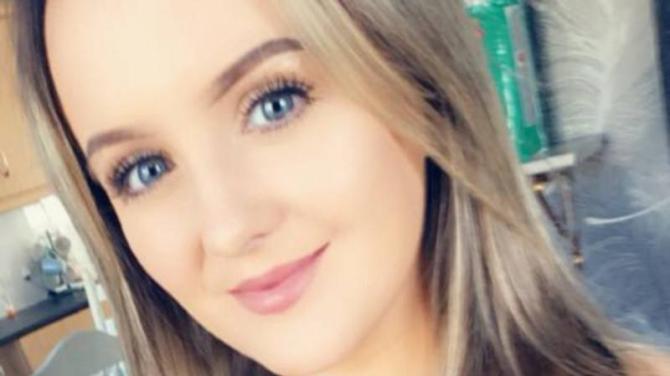 A LOVING pregnant mother from Limavady has made the decision to carry her baby to full term despite knowing her child wont survive outside the womb.

Erin O Hara, 24, decided against an abortion after both herself and her partner, Jamie Mc Cormick, 23, were told their unborn baby girl, whom they have named Freya, has an incurable condition called anencephaly.

Anencephaly is a fatal birth defect that occurs when the neural tube doesn’t form properly between the 21st and 28th day of gestation.

However, for the 24-year-old, who is already a mother to six-year-old, Josh, she revealed that abortion was never an option for her.

“ I found out I was pregnant in May and I was about five weeks into my pregnancy,” explained Erin.

“I realised that this little baby, my own flesh and blood, needed me more than anyone else, she is vulnerable and she needs her mummy,” said the Limavady mother.

According to Erin, the young couple were absolutely devastated following the harrowing news that their unborn child would not survive.

“I found out about her condition at my 20 week scan which was six weeks ago,” Erin told the Northern Constitution.

“Jamie and I were heartbroken.

“A pain that I had never felt before.

“A pain rife with anxiety and hopelessness.

“But most of all, we felt completely helpless.

“After being given the diagnosis, we were left alone for roughly 10 minutes.

“During that time I text my mother and she immediately rang me and her words were 'we will love this baby no matter what. No matter what, this baby will be loved.”

Despite the troubling diagnosis and the long journey that lies ahead of the couple, strong mother Erin, believes it is important she remains optimistic and therefore decided to write a special letter to her unborn child.

As a result, the young mothers letter went viral, touching the hearts of many around the world who sent encouraging messages of support.

“I have been very open and honest about our anencephaly journey,” said Erin.

“Since I wrote the letter, my inbox has been going crazy with messages of love and support.

“Men and women from around the world have paid their respects to me, and even told me about their own similar experiences.”

She continued: “My main way of coping has been to stay positive.

“I feel like I have to put my baby girl’s needs before my own and therefore I try my hardest to be positive for her.

“We are making the most of her short life, celebrating it in such a way, as her story has touched the hearts of many and we hope it will continue to do so.”

According to Erin, who works as a clerical officer, she too is suffering from a pregnancy-related condition called polyhydramnios which is a build up of fluid in the amniotic sack that can sometimes initiate an early labour.

Erin explained: “I hope to carry my daughter as long as possible so that when she does come into this world, her daddy and I will be able to spend as much time with her as we can.”

On Saturday, the couple decided to hold a baby shower for their unborn daughter in Granny Annies, Limavady where they managed to raise £4000.

“Insead of the usual showering of gifts, Jamie and I were fundraising for the charities who have helped us through this difficult time,” explained Erin.

She continued: “I just want to say thank you from the bottom of our hearts to everyone who turned up to celebrate Freya’s baby shower.

“It was exactly what we wanted it to be from start to finish and we hope everyone who came enjoyed themselves as much as we did.”

The young mother concluded: “A lot of women who receive this diagnosis may be scared and think that a termination is the only way out.

“From here on in I will focus strongly on the perinatal and palliative care that we and our daughter receive.

“There is an amazing amount of support out there for parents who embark on this journey and should anyone find themselves in this position in future, I hope they find comfort in knowing just that.

“There is only one thing that is certain about my future and that is that my daughter won’t be around for very long.

“We planned her life not knowing we would have to plan her funeral.”