Airport in jeopardy as major airline closes down 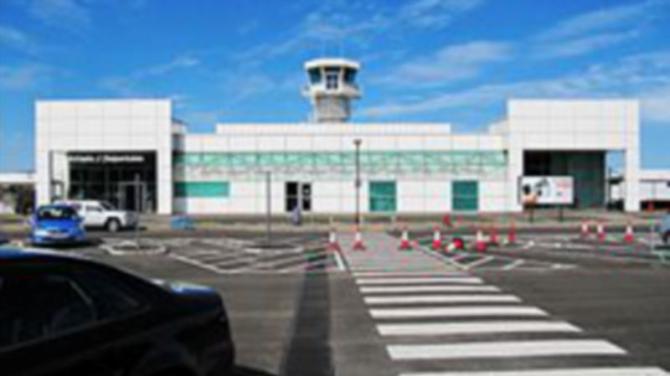 CITY of Derry Airport said it was "reviewing options" as main operating airline Flybmi has filed for administration and cancelled all flights.

Emergency talks are under way between the airport, its owners Derry City and Strabane District Council and the Department for Transport.

A spokesperson for Flybmi said: “BMI will with immediate effect no longer operate the London Stansted service. If you have seats booked on this service, please contact your credit card company to receive your refund.“We are reviewing options for resuming the service with another airline as soon as possible.”

"It is with a heavy heart that we have made this unavoidable announcement today.

“The airline has faced several difficulties, including recent spikes in fuel and carbon costs, the latter arising from the EU's recent decision to exclude UK airlines from full participation in the Emissions Trading Scheme.

"These issues have undermined efforts to move the airline into profit.

“Current trading and future prospects have also been seriously affected by the uncertainty created by the Brexit process, which has led to our inability to secure valuable flying contracts in Europe and lack of confidence around bmi's ability to continue flying between destinations in Europe.

"Additionally, our situation mirrors wider difficulties in the regional airline industry which have been well documented.

"We sincerely regret that this course of action has become the only option to us, but the challenges, particularly those created by Brexit, have proven to be insurmountable."

Recently the City of Derry Airport described the Flybmi London route as "crucial" and a "key element to the sustainability" of the airport.

The news comes just days after Transport Secretary Chris Grayling confirmed that the Department for the Economy and the UK Government would subsidise the 13 weekly rotations of the Londonderry to London route until May 2021.

News that the airline Flybmi has filed for administration has been met with dismay in the North West.

Gregory Campbell MP has been in touch with the Transport Secretary Chris Grayling MP regarding the future of the route.

Mr. Campbell said: "I spoke with Mr. Grayling on Saturday evening shortly after the news broke regarding the Flybmi announcement, obviously there is concern given that this is the single direct air connection between Londonderry and London.

“The Transport Secretary indicated that he is hopeful that a new operator will agree to take on the route.

“There needs to be as seamless a transition as possible from Flybmi to the new operator in order that the travelling public suffer as little as possible."

Sinn Féin Councillor Sandra Duffy said: “News that Flybmi has entered administration is a huge concern, particularly for the economy in the North West as it operates daily flights to London from City of Derry Airport.

“One of the reasons cited by the airline is the uncertainty caused by Brexit - yet more evidence of the destruction and disruption that the DUP and the British government are prepared to cause to our economy with their reckless Brexit agenda.

“This will obviously have implications for the new public service obligation (PSO) flight between Derry and London as well as the new route to Manchester, all of which flybmi was due to operate.

“Of course, the loss of the airline does not mean the loss of the service and I have contacted the Chief Executive of Derry City and Strabane District Council to ensure every effort is made to find an alternative carrier as soon as possible so there is minimal disruption to this service.”