Take off for Loganair at City of Derry Airport 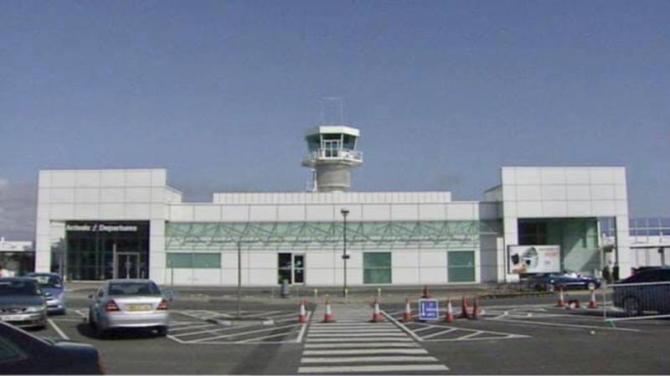 THE Mayor of Causeway Coast and Glens Borough Council, Brenda Chivers, has welcomed the announcement that Loganair will take on the City of Derry airport contract for London flights.

It is understood that the management must now seek to build on this success to further develop City of Derry as a regional air hub.

Speaking to the Northern Constitution, Mayor Chivers said: “I welcome confirmation that Loganair will take over the City of Derry Airport to London Stansted route.

“There was huge concern in the city after Flybmi entered administration – with the uncertainties of Brexit cited as one of the reasons.”

She continued:“This is an important route for those who regularly commute to London for business, employment and tourism.

“The revival of this service will help restore confidence in City of Derry Airport as a vital transport hub for the north west and support opportunities to explore new routes.”

Speaking on behalf of his union’s members in City of Derry airport, Gareth Scott, Regional Officer for Unite has also welcomed the confirmation that Loganair airline will be taking on the Stansted route from the airport from BMI Regional (FlyBMI), which previously operated the Derry to London service.

Mr Scott commented on the news last Thursday saying: “This evening’s announcement came after workers left City of Derry early today but will be a huge relief to those who feared for their jobs as a consequence of the fact that BMI Regional (FlyBMI) had gone into administration over the weekend.

He continued: “The Stansted service is central to the long-term viability of the City of Derry airport.

“Given the fact that an airline has agreed to take on the Derry-Stanstead route and the confirmation that its PSO status will be extended to 2021, this represents a tremendous platform for future growth. “This provides the perfect spring-board for City of Derry to seek additional flights into the airport and securing its place as a leading regional air-hub.

“This is good news for Derry/Londonderry and for the northwest in particular”, Mr Scott concluded.

The twice-daily service will begin on Wednesday February 27 using an Embraer 145 jet aicraft.