Coleraine players stand up to bullies 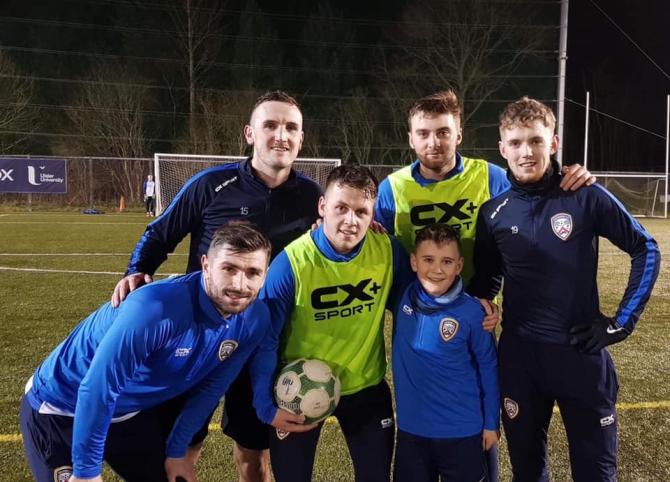 COLERAINE FC players have come in for praise after they showed their support for a young fan who has been the victim of bullying.

Followers of clubs throughout the Irish League paid tribute to Rodney McAree's squad after they invited supporter Cameron to join them at training on Tuesday evening.

Speaking after, Cameron's father Ian thanked the players for their kind-hearted gesture.

"From being lower than the belly of a snake on Monday he's now on top of the world," he said.

Club captain Stephen O'Donnell, who had issued the invite to Cameron and his dad, said he and his team-mates were glad that they could make him feel better, at least for a few hours.

"I told him," he added, "that he's the only one in his class who has 25 mates that all play for Coleraine!

"Hopefully we can finish Cameron's week off with three points on Saturday just for him."

Coleraine supporters demonstrated their support for Cameron and his family on social media, as did fans of rival clubs.

"Well done, what a lovely thing to do," Larne fan Norma Wallace wrote on Facebook.

But perhaps he last word goes to Bannsiders' midfielder Josh Carson who made it clear his opposition to all forms of bullying.

"It was great to have Cameron down," he said.

"He has had a tough time of it but we as a football club are behind him.

"Bullying is the worst possible thing in my eyes and is unacceptable in every way," he added.