Independent Councillor Laverty tops the polls in the Glens 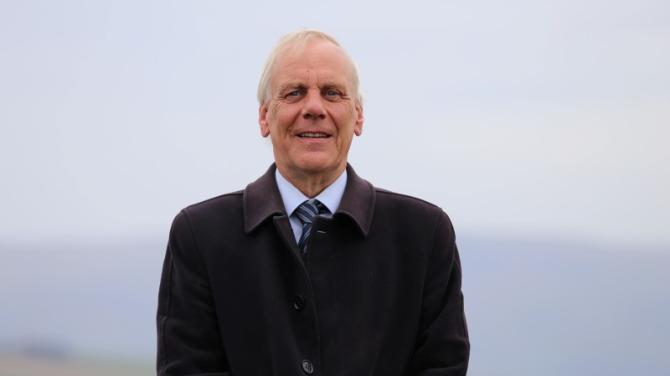 The party had hoped to win three seats by ousting the SDLP's Margaret Anne McKillop, but she held strongly to her vote leaving Sinn Féin's support spread too thin for the party's three candidates.

However, topping the poll in the Glens was independent, Ambrose Laverty.

The former postmaster from Ballycastle said he made the best of a small team and limited resources by listening to local people's concerns.

“My message was given to me by the people of Ballycastle,” he told the Chronicle.

“Since the council moved to Coleraine they felt there have been inequalities in allocation of finance and leisure facilities.

“The message was clear and my team a did a magnificent job in getting that across.

“I love the people of Ballycastle and they returned that love,” he added.

Mr Ambrose described himself as a “street fighter” when it came to pursuing the interests of people from the Glens.

And he promised to make his voice heard in the chamber even though he'll be outnumbered by the mainstream parties.

Meanwhile, the battle between the two unionists in the field for the last Glens seat went right down to the wire.

Although the DUP's Bill Kennedy polled almost 100 more first preference votes, transfers form the rest of the field to sitting UUP councillor and former mayor, Joan Baird, made it a close run thing.

In the end it was Mrs Baird who triumphed, shading the vote on the fourth count.

Afterwards she said: “It was a very tough battle between Bill Kennedy and myself but I was very pleased and relieved to have won through.”

Ms Baird said she was particularly heartened to have received transfers from people living outside traditional unionist areas.

“It gives me the confidence that the town of Ballycastle is behind me, and I think that's a great thing as an Ulster Unionist.”

She added: “I promise to represent everyone going forward irrespective of how ever they have voted.”