Michael gets into spirit of The Open 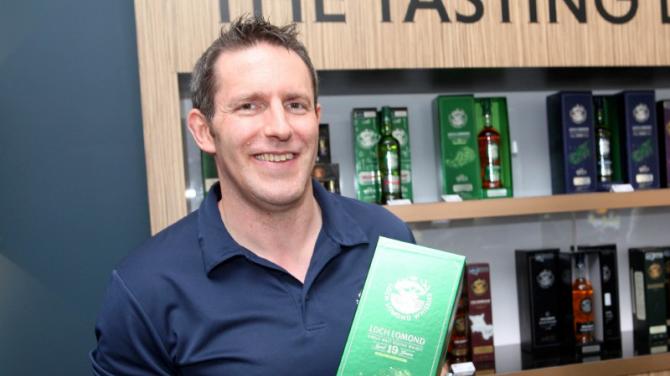 VISITORS to the Loch Lomond marquee at The 148th Open got to sample a very special whisky all last week – a 19-year-old single malt bearing the name of Royal Portrush Golf Club.

A member of the distillery’s The Open Course Collection, the whisky forms part of a series designed in collaboration with 2011 Open Champion Darren Clarke.

But what many of those stopping by the tent may not have realised is that the whisky was, in fact, created by a man with roots firmly embedded in the north coast.

Michael Henry, born and bred in neighbouring Portstewart, is Master Blender with the Loch Lomond Distillery, located at the southern edge of the loch.

An award-winning independent Scotch whisky distiller, the Loch Lomond Group is in the second year of a five-year partnership with The Open, meaning an unexpected return home for Michael.

“It’s kind of a little surreal,” admitted Michael, a former pupil of Dominican College in Portstewart.