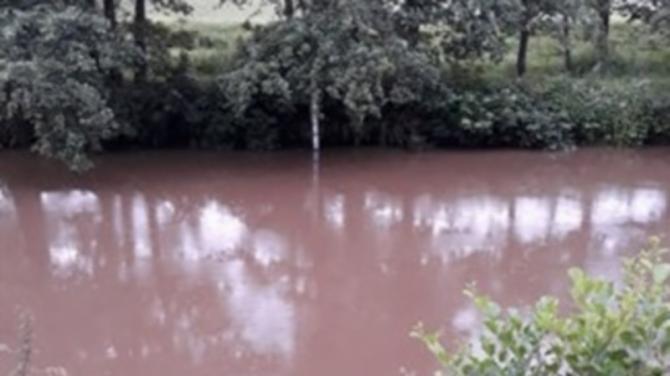 POLLUTION in the Roe River is a cause for concern for local anglers as the NI Environment Agency collect samples after water quality has been questioned in the past number of weeks.

Roe Angling Ltd told the Northern Constitution the group are concerned that the spreading of waste on land from farming and agriculture plays a big part in the levels of ammonia and nitrates in the Roe River.

Roe Angling Ltd is a limited company operating in the Roe Valley to manage angling for members and visitors.

The spokesperson continued: “We police the Roe River and monitor it for poaching and pollution.

“Any pollution is a matter of grave concern for anglers, Atlantic salmon stocks are at critical levels.

“Salmon come to the native rivers to spawn and pollution of the water ways can severely impact that eco-system.

“Anglers are now concerned about the welfare of salmon stocks and most anglers now practice catch and release.

“Anglers are a vital tool in the health of native rivers.

“Through our river manager the river is being continuously monitored for pollution from any source, be it industrial agriculture or any other source.”

“Samples have been lifted in accordance with procedure and NIEA officers are liaising with relevant parties to minimise the impact on the waterway.”

The Department encourage anyone with concerns about water pollution to report it.

The spokesperson concluded: “If anyone wishes to report incidents of water pollution they can do so by calling the Water Pollution Hotline on 0800 80 70 60.”

Continued in the Northern Constitution...