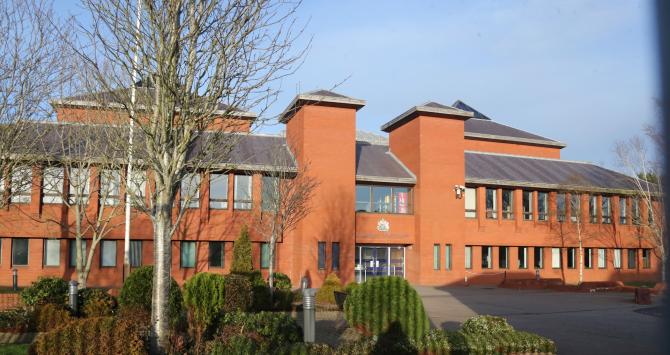 A LIMAVADY man who told an off-duty prison officer that he would “get him shot” has received a six-month jail sentence.
The case of Grant Campbell (23), of no fixed abode but originally from Limavady, was heard at North Antrim Magistrates' Court sitting in Coleraine on Thursday, August 1 where he pleaded guilty to a charge of making threats to kill.
The court heard how on Monday, July 22, just hours after the defendant was released from prison, he was standing outside licensed premises on Main Street, Limavady, when he spotted an off duty prison officer and shouted “I'll get you shot, you're not so big out of your uniform.”
Initially, when interviewed by police, an earlier court heard how Campbell had insisted his words were “misinterpreted” and was granted bail to The Drummond Hotel in Ballykelly which was paid for by the Housing Executive as the defendant was homeless.
During sentencing at Coleraine Courthouse last week, a defence lawyer said that his client now recognised the severity of the matter. The defendant had shown “genuine remorse for the act” and was “dreading the thought of going back into custody”.
The defence added that Campbell's life had “spiralled out of control” and described the defendant's behaviour as “disgraceful, disgusting and vulgar”. The court heard that the defendant was drunk at the time of the incident.
Deputy District Judge Philip McAteer said: “I want to ensure that public servants are well protected. The public would think there was something seriously wrong if I did not send this man to prison." He added that the “seriousness” of the charge could not be overlooked.
Sentencing Campbell to three months behind bars, and activating a three-month suspended sentence, the Judge pointed out that the defendant had made promises in the past “that came to nothing." He stressed: “The public wouldn't think I was doing my duty if I let you loose”.
The defendant was released on his own bail of £400, pending appeal.