Ballykelly back to business 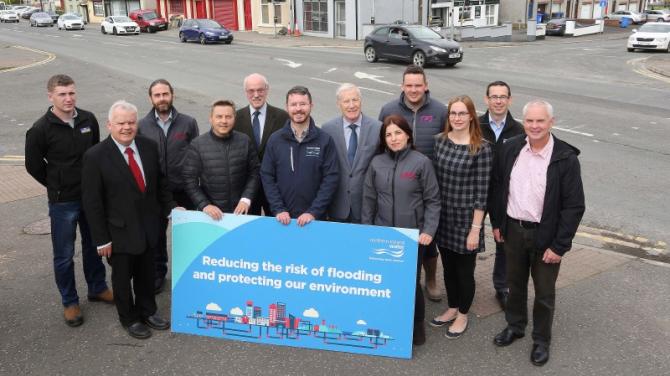 Pipe laying work is now complete with some final work to be completed by the weekend past, including CCTV surveys of the new sewers, and work on the traffic lights at Main Street.

The NI Water scheme represents an investment of approximately £900,000 to upgrade the sewerage system and reduce the risk of flooding in the Hyacinth Avenue area of Ballykelly.

The main road from Derry city to the North Coast runs through Ballykelly village therefore a significant amount of business is derived from through traffic which was virtually eliminated throughout the summer period while the road works were ongoing.

Some businesses in Ballykelly and Limavady were unable to get deliveries of stock on time, which also impacted their trade.

Speaking to the Northern Constitution David Hunter, owner of Hunters Bakery said he is very pleased to see the end of the road works as it had a dramatic impact on trade.

David said: “For us up to 75 percent of trade was lost overall, that is a severe financial loss for a local business.

“People just did not want to come into Ballykelly at all, obviously this meant no one was shopping in the area.

“I can say we certainly felt a dip in trade across the area.

“In our Limavady shop I noticed an impact too.

“As I say, people just did not want to travel that road, which had a knock on effect on footfall and trade for the entire time.

**Continued on Page 2 of Northern Constitution**