'A generation of Limavady children let down' 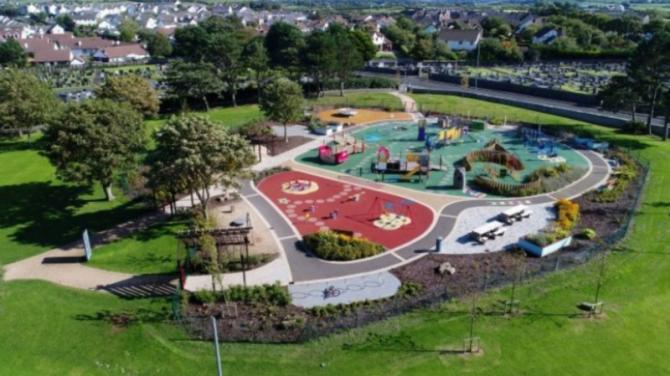 A GENERATION of disadvantaged kids in Limavady have been let down by the council's failure to build an accessible playpark in the town.

That was the verdict of the DUP's James McCorkell, delivered during a debate over prioritisation of capital projects.

The play park was designated number one on the priority list by elected members during Causeway Causeway Coast and Glens Borough Council's previous term.

And, according to James McCorkell, when the matter was last on the agenda, the Chief Executive assured councillors it would be delivered by the end of this year.

“We have had consultation after consultation, report after report and meeting after meeting and we just seem to be getting nowhere.

“The Chief Executive said he would personally see to it that there would be a playpark in place in December.

“That commitment wasn't given to us as councillors, it was given to the children of Limavady.

“There is a generation of children who will never get to use it and that's an indictment of this council.”

Questioned over the delay, senior officers told members discussions were ongoing with the owners of the preferred site, St Mary's High School.

They said the school was “keen to facilitate” and officers were reluctant to look at alternatives because parking and toilet facilities required by the development were already available a the nearby leisure centre.

The row erupted when it emerged that Limavady's playpark had been newly designated a tier 2 project, along with similarly “councillor-led” schemes.

Projects would also be bumped up the list if failure to deliver left the council exposed to health and safety liabilities.

The DUP's George Duddy said the priority list was “totally unacceptable” with so many councillor-preferred schemes “kicked into touch”.

He added: “The people of Limavady have been waiting for three or four years for this accessible playpark and they are no further forward.

“It makes me angry to think that those elected to represent people are treated with – and I'm loathed to use the word – such contempt in regards to their projects.

“Four years ago we thought at least some of these projects would be complete. But it's not happening and it's not going to happen.”

He also called on officers to produce a progress report within six months.