One brick at a time to address Limavady housing issue 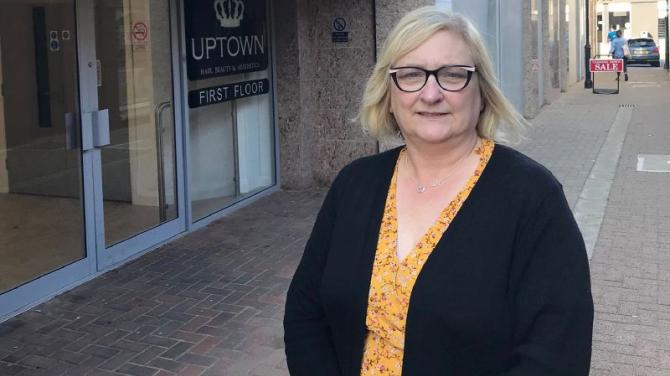 THE announcement of 12 new apartments being built in Limavady to partly address the shortfall in housing has been welcomed by Sinn Fein councillors who, last week, met Housing Executive officials.

Councillor Chivers said: “This is welcome news and will be a small step in helping to reduce the chronic housing shortage in this area.

“Many people have languished on the housing waiting lists for years with no prospect of being homed, so I am pleased for any movement on these matters but I would call on the Housing Executive to look at their building programme and to address the current shortfalls.”

It is expected that construction of these apartments will commence in early 2020.

A spokesperson for the NI Housing Executive (NIHE) told the Northern Constitution that more housing is required in an area of high demand such as Limavady.

The NIHE said: “The Housing Executive acknowledges the need for additional social housing.

“We are responsible for managing the new build programme which is delivered by housing associations, based on housing need.

“We publish a Commissioning Prospectus on an annual basis, which directs housing associations to search for development opportunities in locations where there is unmet social housing need, or where there are shortages of proposals in the SHDP.

“The Limavady Waiting List at June 2019 shows 334 housing applicants, 187 of whom were deemed to be in housing stress.

“There had been 53 allocations in the preceding 12 month period.

“A new build requirement of 30 new homes has been identified for Limavady over the period 2018-2023.

“In areas of high demand, such as Limavady, where we acknowledge that more housing is required, we actively work with our colleagues in housing associations to identify sites to meet housing need.

“A site investigation study has been carried out in Limavady that highlights which sites can be investigated further for the development of social housing.

“At this stage feasibility work has been carried out on a total of 28 sites, with four having development potential subject to further investigation.

“When complete, the study will be passed on to housing associations to facilitate the development of social housing.”