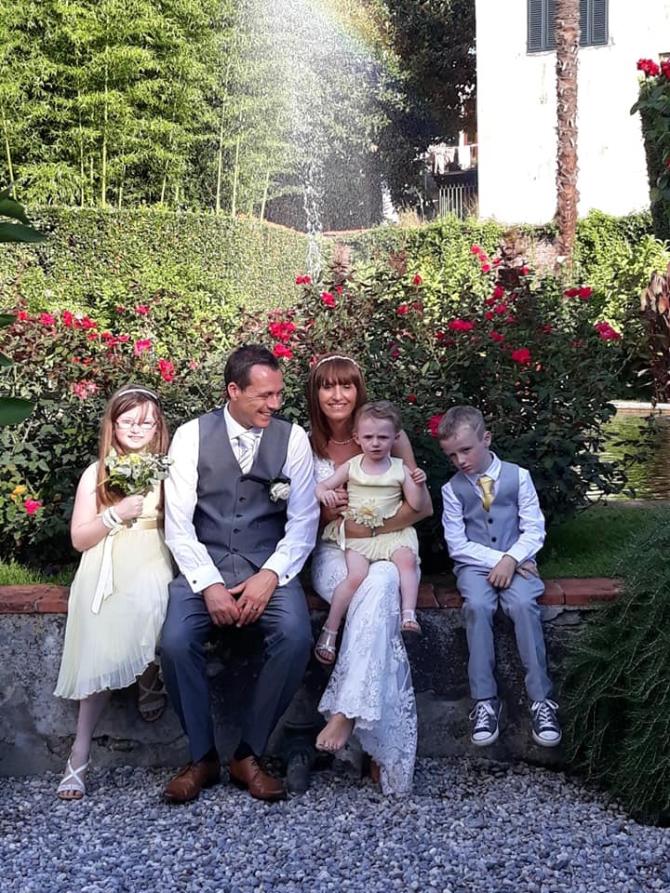 WHEN a delighted Magilligan mother booked a family trip to Lapland, little did she know their hopes for the perfect ‘dream holiday’ would be dashed closer to the time.
One year on from booking the long-awaited trip, Christine McKelvey and her husband were left with the difficult task of telling their three children, ages 3, 8 and 11, they would not be visiting the home of Santa Claus this Christmas.
This disappointment comes after the British global travel group, Thomas Cook Airlines made the decision to cease trading on September 23.
As a result, all holidays and flights provided by these companies have been cancelled and are no longer operating including Thomas Cook's retail shops which have also closed.
“My kids were devastated,” explained Christine who finally took the plunge and booked the holiday of a lifetime which the family had talked about for years.
“I told them we would give them money instead and they can buy what they want but obviously that just isn't the same.“It's just very disappointing for everyone.”
According to Magilligan mum Christine, the family have still not received their refund for the holiday which cost a total of £4895.
Christine explained: “They rang and told us it could take around two weeks for us to get our money back but the online claim process would be available on September 30.“Then the airline put it back to October 7 so now it's just a waiting game.”
She continued: “When we heard the news, we rang a few other travel agents and explained our situation but everyone of them told us we would have to rebook a package and pay the same again.
“Some of them required a full payment upfront but we just don't have the money – we are now totally stuck!”
According to Christine, the proud mother had carefully picked out a hotel package which she knew her family would love.She explained: “I picked the 'Sleigh Bell Sleepover' package which was exclusive to Thomas Cook.
“This package was an overnight stay in a Santa Claus log cabin which seemed completely magical.“However, we were informed that each cabin only slept four people and because we are a family of five we were advised to book two log cabins, costing us even more money.
“We had to pay a £200 deposit each to secure the holiday then we paid the remaining balance at the beginning of September.
“That's when it became official and we were all so excited that it was finally paid for!”After making the final payment, excitement quickly turned into devastation for the McKelvey family.
According to devastated mum, Christine, as herself and her family await their refund, they are still hopeful for a holiday in some form.
“We are holding out for the possibility of a day trip to Lapland which means we would have to fly out from Dublin instead of Belfast but to be honest, I just don't see us getting anywhere now.”
Christine concluded: “I will say Thomas Cook will be sadly missed because they were one of the top providers.”
“We talked about this holiday for years and we couldn't believe it was actually happening but now we are at a loss.”
Commenting Richard Stephenson, Director at the UK Civil Aviation Authority, said:”This week we turn our attention to the challenge of refunding 360,000 ATOL protected future Thomas Cook holidays that have been cancelled.
“This will be three times larger than any refund programme we have managed before, and we are implementing new systems to enable us to process these refunds as quickly as possible.”
For around 100,000 bookings made by direct debit we hope to refund these within the next 14 days.
“Refunds of bookings made by other payment methods will take longer as we do not yet have all of the information we need from Thomas Cook.
“For these claims we will launch a new, simplified online system next Monday, 7 October, where consumers will be able to access an electronic refund form.
“We hope to pay refunds within 60 days of receiving a valid refund form. “More information will be available on our website from 7 October.”