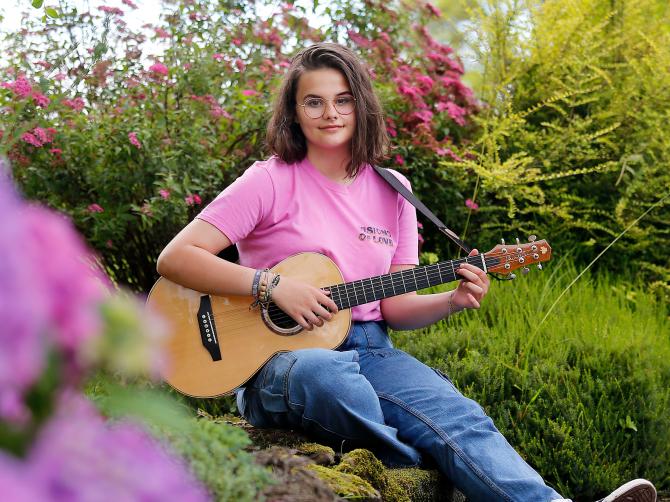 A TALENTED Limavady teenager is celebrating her success after being chosen as a finalist for the 2019 Forestside Young Singer Songwriter competition.
On Saturday November 30, Molly Hogg, will take to the stage at the Errigal Bar, Belfast with a live performance of her hit single, 'My Ladies', battling it out against four eager competitors within the Under 17 category.
As a finalist in the Forestside Young Singer Songwriter competition, which is now in its fifth year, Molly is in with a chance of winning a £500 cash prize, guest slots at festivals throughout Northern Ireland and an opportunity to professionally record her new track.
Following the news of her remarkable achievement, Molly said: “I cannot believe I have got to the final, it is amazing!”
Earlier this year, Molly performed at the Multi-award winning Stendhal Festival and also made an appearance on UTV Life back in August.
According to proud dad Richard, despite fierce competition this year, Molly has proved her talent.
Richard told the Northern Constitution: “This year the quality and number of applicants was huge and the judges had a massive job in picking the finalists.
“Molly was in Scotland all weekend so she got the news by email which sent the excitement level very high.
“She has a very busy month ahead of her after just launching her new single “Feathers Touch” which is now on Youtube , (credit to Magic Beans Films for the video) and within the next couple of days it will be on Spotify, Tidal and all of the digital platforms.
“Molly is also playing Nancy in the Limavady High School production of Oliver which is due to open in December and not to mention the small matter of GCSE exams next year!
“So it's full throttle ahead for Molly.”